Two stories from the World Series of Poker including an announcement that 30 players have registered for the One Drop, and Doyle Brunson’s retirement from poker seems to be a tad premature. 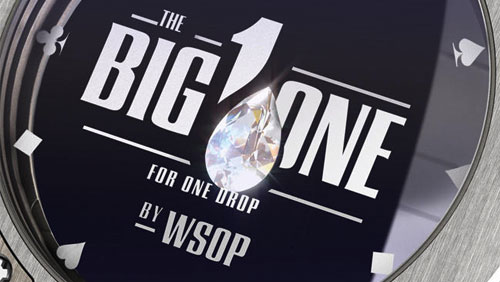 Poker is a zero-sum game.

Poker is nothing but a gambling game.

Poker is hookers, guns and blow.

And on July 15th, 48 players will stump up $1m in cash to compete in the Big One for One Drop, and $3.8m of the total prize pool will end up improving the lives of thousands of people struggling to find clean water sources.

Have a piece of that.

The WSOP has announced that with time ticking away as speedy as red sauce out of a bottle in a burger joint, 30 players have confirmed their intention to play in what is likely to be the most significant event in the history of poker.

Here are those players.

It seems they want to keep their powder dry for a few weeks longer.

This year, 8% of the total buy-in goes towards the One Drop Foundation, the smallest since inception, creating a record-busting $44,160,000 prize pool, should they hit the 48-player cap.

No rake, $80,000 per person going towards charity, it’s perfect. The WSOP has declared that between 2012 and the current date the WSOP and the One Drop Foundation have collaborated in 15 events, welcoming over 12,000 players, raising over $20m for charity, positively affecting more than 170,000 lives.

And you don’t need $1m or a generous backer in your pocket to appear in the event. MGM Resorts International is providing a seat via their MGMRI Big 3 Poker Invitational initiative, and live satellites at the Rio begin July 14 with $10,300 feeder satellites for the $100,500 Mega Satellites.

The $1m buy-in event has attracted 86 unique players (41 of which were recreational players). 22 players have competed in two or more games.

Doyle Brunson Isn’t Retiring, Tells Negreanu to Keep a Lid on it.

One person I would love to see in the Big One for One Drop is Doyle Brunson, but it’s not going to happen.

If you remember, Brunson told Poker Central’s Remko Rinkema during an interview ahead of the $10,000 No-Limit 2-7  Lowball Draw Championship, that it would be his last WSOP event, and that he would be retiring from all forms of poker to spend more time with his wife.

Tributes poured in from every corner of the poker world.

But it seems Brunson may have been bluffing.

I didn’t mean to make such a fuss over my “retirement”. I meant probably no more WSOP tournaments. That isn’t written in stone however. When they start the mixed games on high stakes poker, I’ll be there. Probably not so much cash games but I appreciate all the nice thoughts.

And he’s not a fan of Daniel Negreanu selling his secrets for £80 a pop over at Masterclass.

Daniel…you are the best tournament player in the world. Why are you educating people? Don’t make the same mistake I did with S/S. I justify my teaching that it created lots of new players that we sorely need. Today there are plenty of players…just saying. https://t.co/nxx840bFiA

Retirement or no retirement, as long as we have Twitter, we still have a Doyle Brunson in our lives.