I have a bounty on my head, and it’s worth $100. So come get it this Sunday in the Red Spade Open. 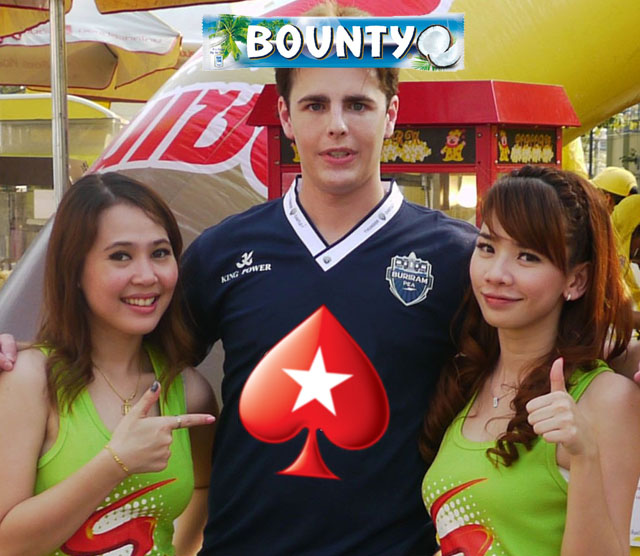 I reckon in the near future I’ll do another quest to spend a million pounds in a year, but that’ll only be because the Bank of England keeps creating money out of thin air by the hundreds of billions #inflation. 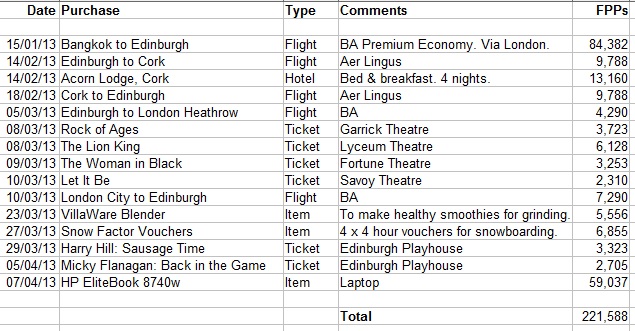 I had a fantastic seat to see one of my comedy heroes, Harry Hill, perform his first live tour in eight years. I was seated in the 2nd row, bang in the middle next to the middle aisle which Harry ran up and down a bunch of times during his performance. I offered him a high-five, and thankfully he didn’t leave me hanging. 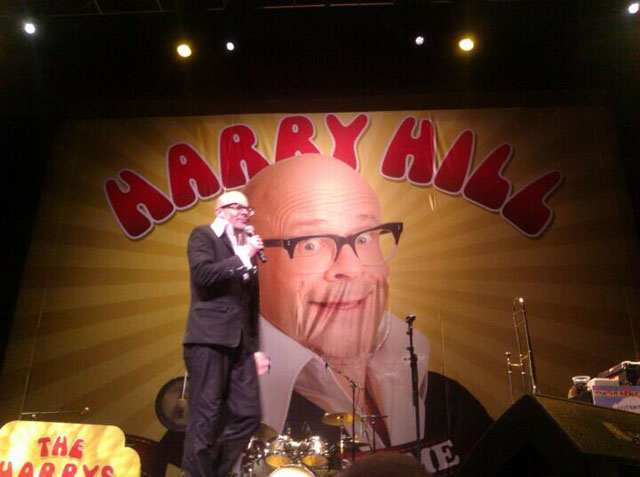 The show was hilarious. Harry is full of energy and his crazy style of humour absolutely kills me. My cheeks hurt so hard from laughing non-stop for 2 hours.

Ticket for ‘Micky Flanagan: Back in the Game’  at the Edinburgh Playhouse – 2,705 FPPs

Micky Flanagan is another of my favourite comedians. His last tour, ‘Out Out Tour’ was superb but I feel like I’ve heard him repeat those jokes on so many different TV shows about a million times over the last couple of years. So I was glad to be able to see him live on his new tour with all new material.

I’ve been without a laptop for a while, which hasn’t been a problem because I’ve barely left my house. Since I’ll likely be doing some travel in the near future I needed to buy a laptop suitable for playing online poker.

Rather than buy a brand new machine, I opted for something a couple of years old. The reason is that 2-3 years ago laptop manufacturers completely stopped using 1920×1200 resolution screens. The highest they go to now is 1080p (1920×1080), but most are even lower than that. I need all the screen real estate I can get.

It baffles me why laptop screen resolutions are getting smaller than they were even 10 years ago. Can you think of any other kind of technology that hasn’t gotten better, or in fact has gotten worse than it was a decade ago?

Linus Torvalds had a good rant about this last year. 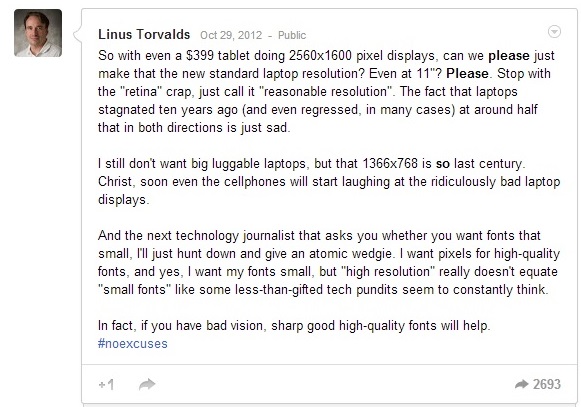 There are also very few 17″ laptops being made now. It’s a crazy world when phones are getting larger and laptops are getting smaller. I guess that’s what people want though. The last time I had a 17″ laptop I was taking it through security at Auckland airport when the smartarse security dude made a smartarsed comment “isn’t it about time you bought a new laptop?” or words to that effect. Cheeky bastard. I guess if all you want to use a laptop for is watching movies and updating facebook like a stupid little girl then sure get some small light laptop or tablet. But some of us need a serious machine for doing some serious work…. I mean online poker. 🙂

One option I considered was the Apple Retina laptop (massive 2880×1800 resolution), and running windows on it. Several problems with that though. It’s an Apple, it’s 15″ maximum (Apple no longer making 17″ laptops), and it’s absurdly expensive. There’s a thread about it on TwoPlusTwo, Apple’s new MBP Retina 15′, suitable for poker? and it seems that running windows and stuff like Holdem Manager on it isn’t without problems.

Hopefully the Apple laptop will give other laptop manufacturers a kick up the arse and we’ll see some real high resolution  (better than 1080p) laptops in the near future. In the meantime, this is what I got. 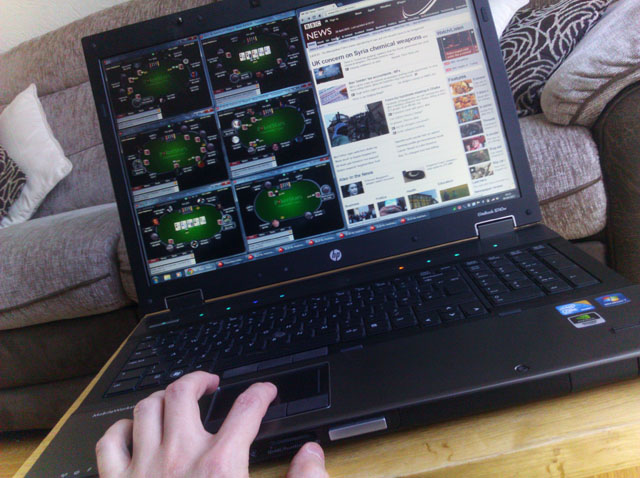 The laptop originally had a 500GB 7200RPM HDD, but I had the seller swap it for a 128GB SSD, as speed is more important than space to me. I may take out the Blu-Ray drive and put in a second 128GB SSD and run them RAID-0. But that may be overkill.

Anyway, I’m more than happy so far with a laptop that originally sold for $5000 when it was released. It’s performs lightning fast and the screen is beautifully crisp and clear (hard to do it justice with a phone pic).. I’ve been multi-tabling on PokerStars with HEM and playing some 3D games on it so far and it’s super, super smooth.

Snow Factor is a 200m indoor slope for skiing / snowboarding with ‘real’ snow. Not as much fun as snowboarding down large mountains but good for getting in some practise during the warm months. I used Groupon to get 4 of the 4 hour passes (including full equipment rental) for half price. Then paid with FPPs through PokerStars concierge. #ThriftyScotsman

There was a neat promo Team Online ran recently where people could submit their ‘sick’ PokerStars setup for the chance to win 50,000 FPPs.

My favourite entry was from S_Frantic: 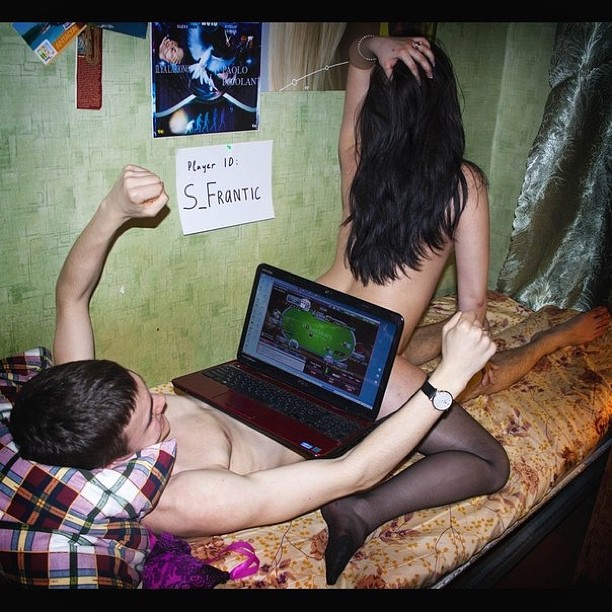 Unfortunately it was decided that photos with sexually suggestive themes wouldn’t be eligible for the competition. (Although they are very eligible to be shown on Daleroxxu’s Blogaments). Fortunately S_Frantic submitted another photo that won him 50,000 FPPs, so justice was done.

I think the best set up had to be this one from Russell ‘rdcrsn’ Carson: 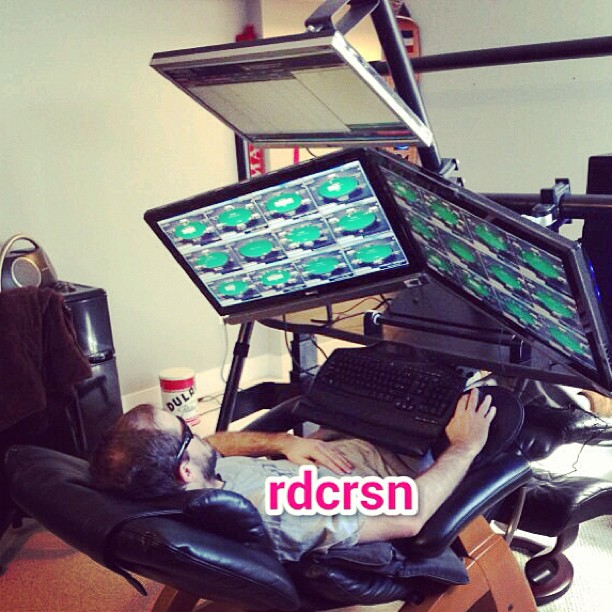