Why would anyone leave Scotland in the winter, only to travel to an even colder country?

Well, £25 each way flights and the promise of the best pastries and bacon in the world was good enough reason for my brother and I to book a trip to Denmark.

For this trip report I made a vlog. I’ve considered doing this in the past but it seemed like too much hassle to do it well. Technology is getting better though and I was able to film, edit and upload this vlog in Ultra HD using just my phone (a Samsung Galaxy S7 Edge).

I chose to record the videos POV (point of view) style rather than with a selfie stick and camera pointed at myself as most vloggers do. Usually when I’m watching a travel vlog I want to see more of the place and less of the vlogger’s face. Let know which you think works best.

We booked a famous old hotel, Copenhagen Plaza, right next to the central train station. It should have been an easy journey there from the airport but we were stupid tourists and didn’t know the metro trains aren’t the same as the train trains. So we ended up 20 minutes walk away from our hotel.

Never mind though, as it meant our first glimpse of Copenhagen was the beautifully picturesque area of Nyhavn, a canal district that dates back to the 17th century.


We chose not to visit any of the bars there as they are famously overpriced. If we were going to be buying anything that’s overpriced it better be a burger at Hard Rock Cafe.

I really do prefer to eat the local food when I travel but my brother insisted we eat at Hard Rock Cafe. It turned out to be a decent compromise though as every Hard Rock Cafe in the world has a Local Legendary​ burger that’s locally inspired.


The Danish version replaces the bun with Danish rugbrød bread. The patty is a spiced beef and pork mix and is topped with beetroot relish and fried leeks.

I was happy, as I got to eat a delicious burger and can still claim to have eaten the local cuisine. Right?

After dinner we found a trendy bar called Bar 7. I was feeling good about my decision to quit drinking alcohol 4 years ago as I watched my brother down 150 Krone (£17 GBP / $22 USD) cocktails.

At least one of us happy to be in Copenhagen. #Copenhagen #Denmark


We stayed in the bar until 1am, which is when I returned to the hotel. We had plans for a full day of sightseeing the next day so a good night’s sleep and an early wake up was a good idea.

Try telling that to my brother, who decided to hit a nightclub and return to the hotel after 6am with an empty wallet and a hand covered in blood. Apparently a piece of broken glass got stuck to his shoe and in his drunken state he thought it would be a good idea to rip out of with his bare hand.

Leaving the hotel at 1pm, we still hoped to get a lot of sightseeing in. Our first stop was Rundetaarn, also known as the Round Tower. 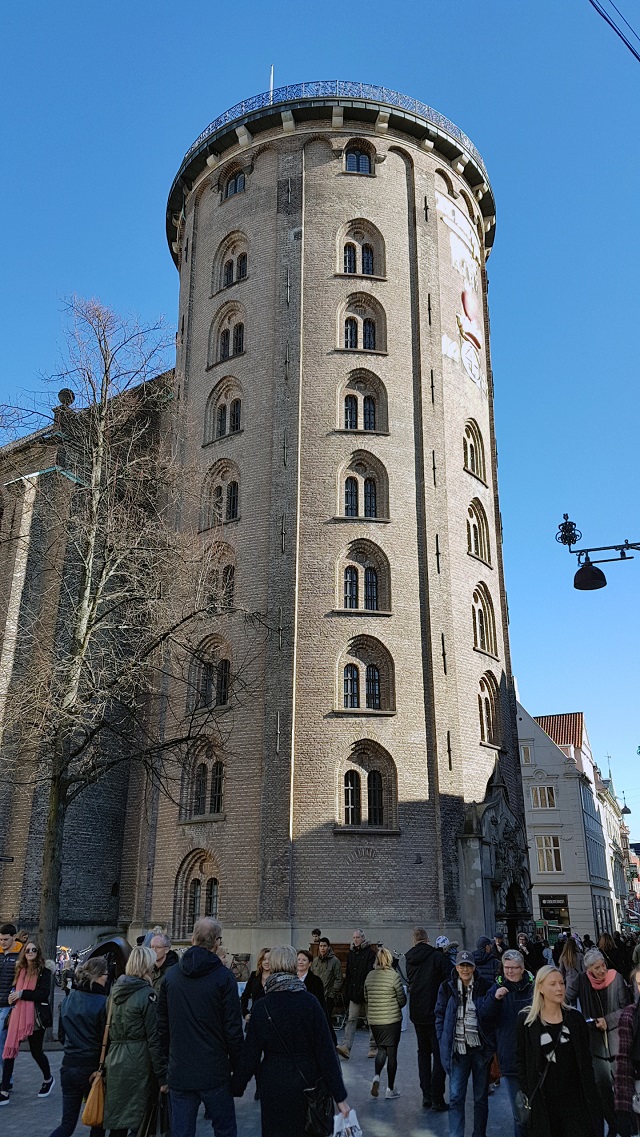 The tower was built in the 17th century by Christian IV, or at least he ordered it to be built. It was used as an astronomy observatory but we used it to observe a a 360 degree view of the city on what was, unusually for Copenhagen in early march, a beautiful sunny day.

Beautiful sunny day in Copenhagen. On top of the Round Tower for a 360 degree view of the city. #Copenhagen #Denmark


We then went in search of food, to Torvehallerne – an indoor speciality eatery market with over 60 stalls. There was gourmet food everywhere but we ended up just eating some porridge, or Grød as it’s called in Denmark. 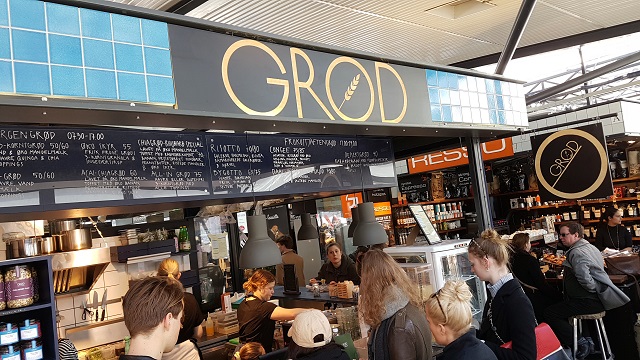 It was no ordinary porridge though. At the Grød bar in Torvehallerne, which sells nothing but porridge, we went for the ‘All In’ option that included every topping they have.

Started the day with gourmet porridge and all the toppings. #Copenhagen #Denmark

We then paid the price for starting the day late. We arrived at the botanical gardens 10 minutes after the closed the main greenhouse building there. We walked to Rosenborg castle, which was also closed, then to the Church of Our Saviour, where they closed it literally seconds before we arrived.

Fail. Trying to come up with a new plan on the fly, I looked at Google Maps and saw there was a place nearby called Freetown Christiania that was apparently a self-proclaimed autonomous area.

We went to check it out but it wasn’t our scene at all. It was some hipster area that was covered in graffiti and junk in a way that was supposed to be cool.

There was an area there called ‘Green Zone’ which turned out to be a large area for people to smoke weed and sell weed-related paraphernalia.

I stupidly walked into the green zone while recording video on my phone and was surrounded by angry locals within seconds. It was a scary moment but they let me go unharmed after I deleted the video and pleaded ignorance as a stupid tourist.

Unsurprisingly we didn’t stick around after that, and went looking for a place more our scene, which happened to be another big food hall.

This one was called Papiroen. It used to be an old paper factory but is now full of gourmet international food. There was Thai, Korean, Arabic and all kinds of delicious-looking international cuisine everywhere. Still, I wanted to sample the local food, so I was drawn to the stall with the Danish flag selling Smørrebrød.


Smørrebrød is an open face rugbrød sandwich with cold meat or fish topping. It’s a healthier and more delicious way to eat a sandwich compared to the standard two pieces of white bread.

The fast food of choice in Copenhagen seems to be hotdogs. There are hotdog stands everywhere you go in the city.

Leaving our hotel for a night on the town, we took a short walk to John’s Hotdog Deli – a hotdog stands famous for using quality ingredients and was featured in Vice.

Just had the most incred hotdog. #Copenhagen #Denmark


The hotdog was the highlight of the night for me. We wasted a couple of hours trying to find a decent bar, but despite it being Saturday night everywhere was quiet. We did eventually we save the night by finding an Irish pub with live music.

The next day we switched hotels to the Hilton. I had a free night voucher to use at any Hilton in the world and since the Hilton in Copenhagen costs £270 a night it was worth using it on this trip.

The way I got the free night was by clearing the signup bonus on the Hilton Barclaycard, which was to spend £750 on the card in the first 3 months. This should easily be achievable for anyone so I recommend everyone in the UK take advantage of this.

We checked out the Copenhagen Plaza at midday and left our bags there as we had no time to waste. We had to get to the places we wanted to see the day before, before they closed.

First we checked out Rosenborg Castle, a pleasure palace built by Christian IV in the early 17th century.


Which holds a lot of old furniture, some badass weapons, the king and queen’s crowns and some massive silver lions.

I wouldn't mind having these giant silver lions as decorations. Unfortunately I don't live in a place the size of a palace. #Copenhagen #Denmark


We then visited another place we were too late for the day before – Church of Our Saviour. We barely had a look inside the church itself. That wasn’t what we were interested in. We were interested in climbing the tall spiral staircase up its tower. 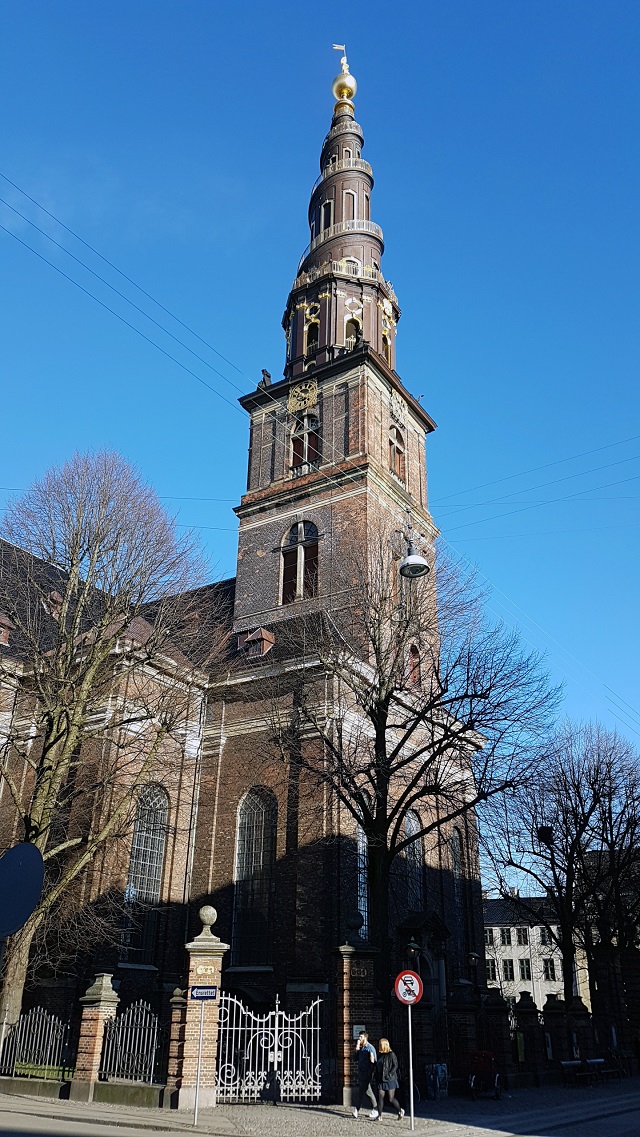 Which came with a stunning view.

Another day, another wonderful view of Copenhagen. On top of Church of our Saviour. #Copenhagen #Denmark


I’d been in Denmark almost 48 hours at that stage and hadn’t eat a pastry yet. I set to put that right and didn’t even have to go looking for a bakery. They’re everywhere.


We spent our last evening at football, watching the Danish Superliga match between FC Copenhagen and Esbjerg. We got there 5 minutes late because the bus we tried to get on was full, but that was fine as there were no crowds or queues to get in.


If I was to compare the standard of play to Scotland, it would be like watching a lower end Premiership team playing against an upper level Championship team.

The next morning, before catching our flight home, we finally got our fill of the famously delicious Danish bacon, courtesy of the Hilton breakfast buffet.


We had a fun weekend visit to Copenhagen, still getting plenty done despite leaving the hotel after noon on both days.

Obviously we missed out on the best part of Copenhagen, which is Tivoli Gardens – the second oldest amusement park in the world, dating back to 1843. Unfortunately it was still closed for the winter, but leaves a good reason to visit Copenhagen again in the future.