Recently I had the pleasure of playing poker in an imperial palace. It was quite a a step up from the wobbly kitchen table in a sketchy North London council flat where I played my first poker tournament.

The Hofburg Palace in Vienna is home to the current Austrian president Heinz Fischer and the bloke was nice enough to let a bunch of us poker players take over a wing of his gaff for a couple of weeks. 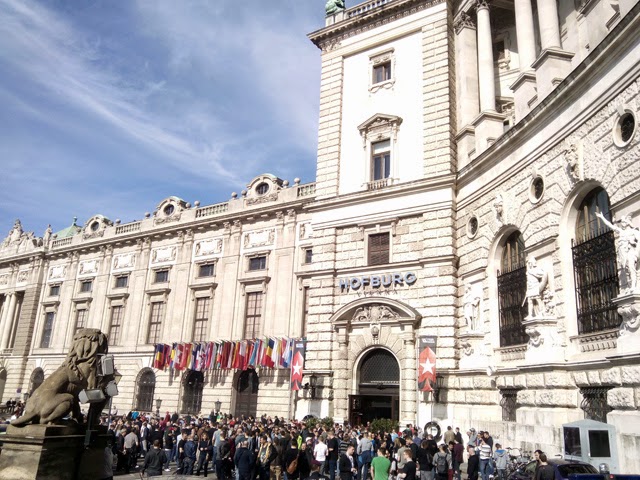 As far as home games go it was pretty decent and there were certainly no wobbly tables, makeshift chairs or having to keep the noise down because the host’s kids were sleeping upstairs.

I flew into Vienna and checked into my hotel just after 9pm in the evening then went out looking for a supermarket to stock up on water, juice and snacks to get me through the week (screw the rip-off mini-bar). As I was staying in the absolute centre of the city that task should have been quick and easy, right? Nope, not in Austria, the land of inconvenience.

After walking around hopelessly for over half an hour I asked a group of local people where I could go to buy some drinks and snacks at this time of night and they just laughed at me and said “everything is closed, it’s late of course”. They seem to take real pleasure in inconvenience in Vienna.

I’ve spent most of the last few years living in Bangkok, a city where you’re never less than a minute away from a supermarket or convenience store that’s open 24 hours a day, selling drinks and snacks for pennies. So the realisation that I’d have to wait 9 hours in Vienna to be able to hand over ‚¬2 to buy a soft drink didn’t go down too well with me. As usual, life is better in the so called “third world”.

I walked back to my hotel sulking, thinking to myself “Why is everything closed? Do people not get thirsty, hungry, or need anything at all after 8pm? Why doesn’t someone just open a 24 hour store and get all the monies? Is there a law forcing shops to close or something?”. Whatever the reason, it made for an annoying start to my trip.

Everyone I knew was playing Day 1a of the Eureka main event, so the sociable thing to do would be for me to play that day too, then have people to hang out with the next day. I usually do the opposite of what I’m supposed to though so on Day 1a I slept until the afternoon then went out in Vienna by myself to learn more about Austrian culture.

By Austrian culture I mean their food.

I paid a visit to Hotel Sacher, famous for its Sachertorte – a delicious cake that was invented a couple of centuries ago by a bloke called Sacher for some Austrian prince and has become a very popular delicacy in Vienna.

As tempting as it was to go straight to dessert I looked for something more savoury to start off with. The most obvious dish to try was Wiener Schnitzel – breaded and deep-fried veal, served with boiled potatoes and half a lemon. Yum! 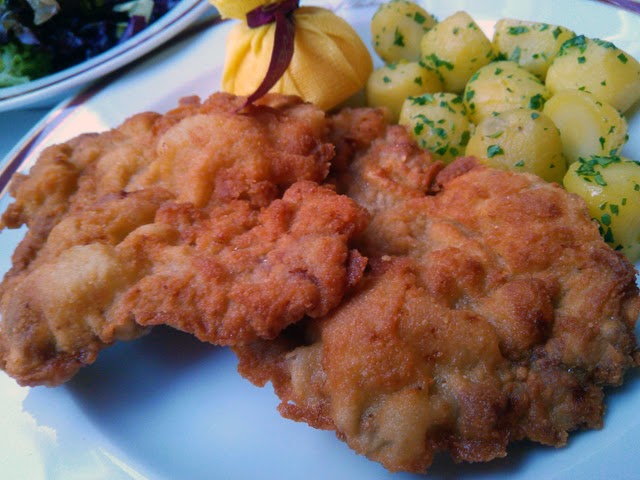 Very tender and tasty. After the two minutes that it took me to devour that I got what I actually came for, the Sachertorte – a rich slab of chocolate cake with apricot filling. 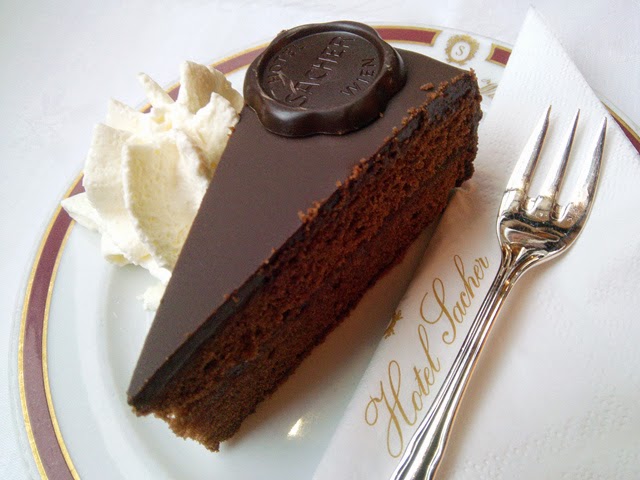 My runbad with table draws in live events continued on day 1b of the Eureka Vienna main event when I sat down at a table full of young wizards and wannabe wizards. I didn’t know who any of them were but before we even started playing they were all chatting to each other stuff like “sick score last Sunday man” and “you busted me in the Super Tuesday again this week you bastard”.

Looking away from my table of poker pros, the view was a bit easier on the eyes. 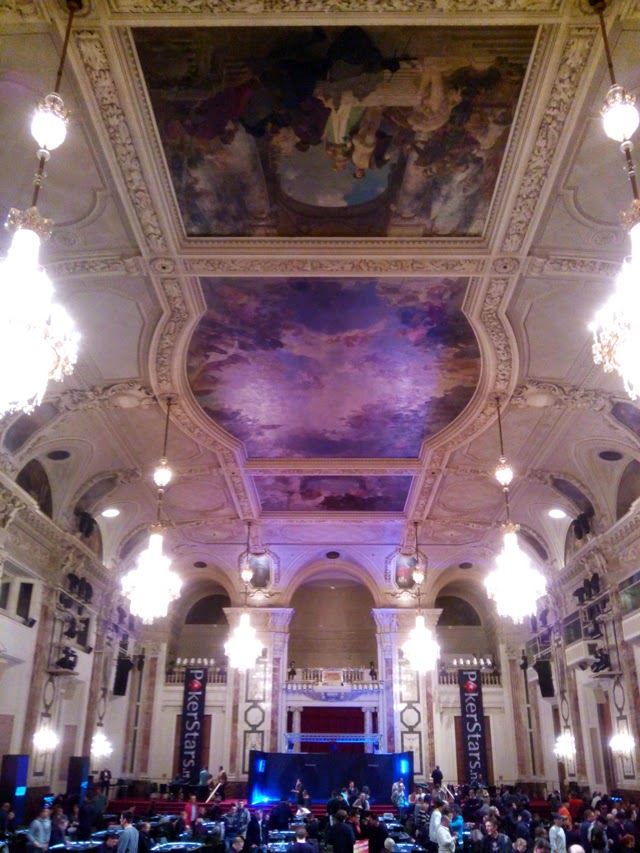 I had a tough time in the first few levels and couldn’t get anything going. I remembered that famous phrase from the movie Rounders. €œListen, here €™s the thing.  If you can €™t spot the sucker in your first half hour at the table, then you are the sucker. €

Well that was definitely the thing.

It took me 8 levels to get above the starting stack and then things were starting to go well for me until one hand near the end of the day. I 4-bet shoved with AQs from the button vs a little wizard in the SB who had 3-bet me 3 out of 4 times that I opened from the button. Obviously he had two aces and I was drawing dead by the flop.

Huge sighs, I put my jacket on, walked out of the room and down the grand staircase. I was almost out the door when I heard someone shouting at me from the top of the stairs. It was a bloke from my table, “dude, come back, you still have chips, come back!”

I was stunned. I was pretty sure that my opponent had me covered, but seemingly he didn’t. I walked all the way back up the stairs thinking to myself “I bet I have like 1 ante chip or something, this is going to be so tilting.”

It was a pretty stupid mistake by me. Not the first mistake I’ve ever made when playing poker but hopefully one that I won’t make again. Busting a poker tournament is never fun and I always just want to GTFO as quickly as possible, but not making sure that I’d actually busted before G-ing TFO was really dumb.

As for the guy who came running to get me, it turned out that was EPT London winner Robin Ylitalo. What a hero. I don’t think many poker players would bother running after one of their opponents in that situation. However I reckon I would be a hero if that ever happened at my table so I’m glad that someone was a hero for me.

I shoved Q5s on the next hand and was called by A8o and won, meaning I had 12BB and a real chance to get back in the game. I started to daydream about winning the tournament from there and how great a story it would be. Those dreams were short lived though as I shoved with 44 and got called by 66. More huge sighs, I put my jacket on again and left the palace again, but not before making damn sure that my opponent had me covered.

When I bust a main event I rarely have the motivation to jump right back into action by playing side events or live cash like most of my fellow poker players do. Instead I look for fun, non-poker related things to do in the city that I’ve travelled to. My friend TonnaMunz also busted the main event so I suggested that we hang out at the Prater amusement park the next day.

I’d been there before on a Vienna day trip last year so I knew which rides were awesome, my favourite being the Black Mamba. 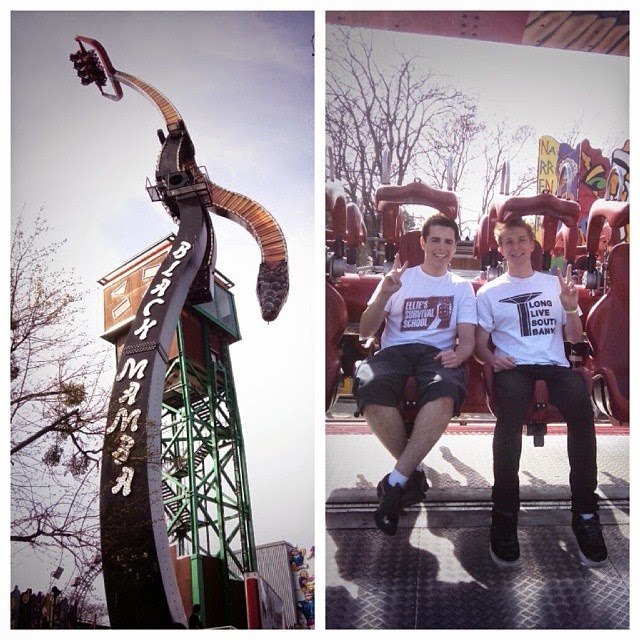 Riding the massive Black Mamba was so intense that I could barely walk afterwards. “That’s what she said!”

The next day I went sightseeing with Neil Raine and Joe Hindry and his missus. The first place we visited was St. Stephen’s Cathedral but we didn’t stay there very long long. I voiced an opinion about catholic girls which was overheard by the people around us and suddenly we felt less than welcome there.

We then went to visit the Natural History Museum. I’d been to the one in Dublin, Ireland a couple of weeks earlier and enjoyed it so suggested we go to the Austrian one, which is absolutely enormous. 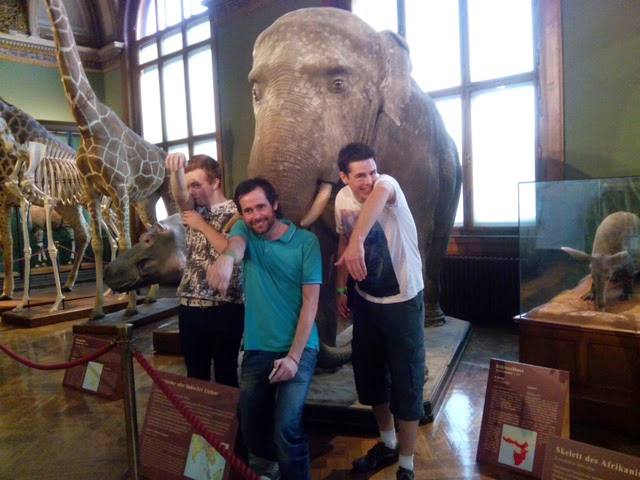 I thought it would be a fun thing if we posed for a photo with an elephant that died 200 years ago so we did that, only for an Austrian bloke in a uniform to charge over, shouting at us in German.

My ability to understand the Deutsch is a bit limited but I believe he said something along the lines of “NEIN! You are not allowed beyond ze barriers und why are you mocking ze disabled people??? NEIN, NEIN, NEIN!!!”

Needless to say that I wasn’t able to get the photo that I really wanted, of me riding a dead giraffe. 🙁

We spent the rest of the day at a delicacy market called Naschmarkt. It was a fun place to walk around, trying different kinds of delicious but overpriced food.

My favourites were the Florentine biscuits made from chopped almonds, dried orange, caramel and white chocolate. Mmmm mmm mmmm. 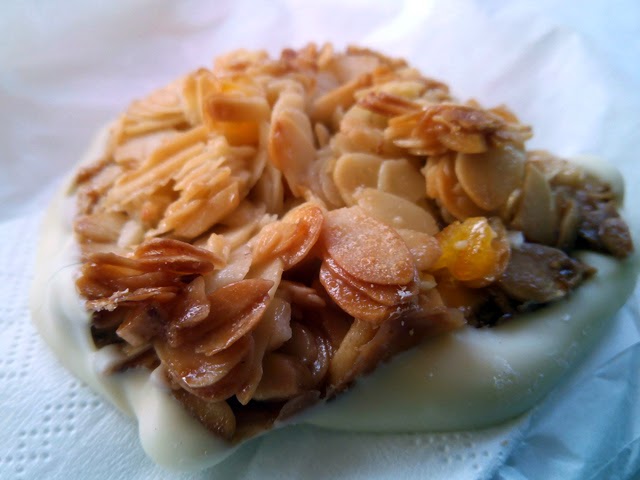 Very nice, but paying ‚¬3.70 for one did leave a very bitter taste in my mouth. These biscuits will never do well in Scotland.

Neil then had the bright idea that we’d eat raw French oysters. What could possibly go wrong there? 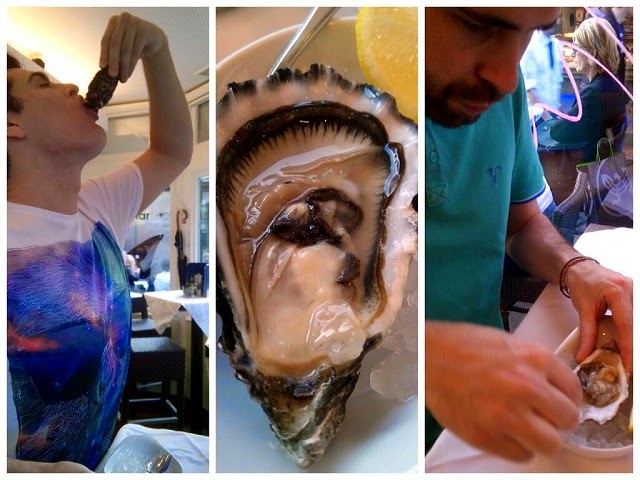 They were very nice, and I held that opinion up until late the next evening when I suddenly started spewing my guts out uncontrollably. I wasn’t 100% sure it was the oysters to blame as I’d also eaten shrimp from McDonalds a couple of hours earlier. Yeah, shrimp, in a McDonalds, maybe an even worse idea than raw oysters.

I had a 15 hour journey to Thailand at the crack of dawn the next day so went to bed early, hoping like hell that I’d feel better in the morning. Well I woke up the next morning to find myself lying in a pool of sweat, covers absolutely drenched, then rolled out of bed and promptly spewed my guts into the bin.

What am I supposed to do in that situation? Re-arrange my flights at a heavy penalty, pay full price for an extra night or two in the hotel (that I’d been staying in at a 70% discount) and forfeit the advance-paid, non-refundable hotel at my destination? Or go ahead and travel?

As absolutely god awful as I felt, getting screwed out of many hundreds of Euros just to postpone my travel by a day or two would have left me feeling even more sick, so I manned up and went to the airport.

At Vienna airport all I wanted to do was get through check-in and security as quickly as possible, buy some medicine from a pharmacy and relax in the Oneworld lounge with a cold bottle of water before my flight.

I walked all the way to the gate without being able to find pharmacy or a lounge. “Where’s the Oneworld lounge?”, I asked the Finnair steward. “Oh, it’s actually before security, sorry sir.”, I was told. Before…. BEFORE security. What? What good is that to anyone? That’s no good to man nor beast.

I did almost forget that I was still in Austria, the land of inconvenience, where they take pleasure in making your life as difficult as possible. “Do you know where the pharmacy is?” I asked. “Oh sorry sir, that’s before security too.”

As I stood there, feeling like death, sweat pissing from every pore in my body, I still managed to laugh at how ridiculous that was before slowly walking to a vending machine, paying some stupid price for a bottle of water and sitting in an uncomfortable chair for 45 minutes until it was time to board.

As I sat there I had a browse through Facebook on my phone and I seen an update from Neil Raine.

Definitely those damn oysters then. 15 hours of travel brutality lay ahead of me but at least I had a flight connection in Helsinki, an airport where they actually have a pharmacy and lounge in the departure area. You know, the kind of conveniences that you come to expect in any major airport in any country that isn’t Austria. Goodnight Vienna!