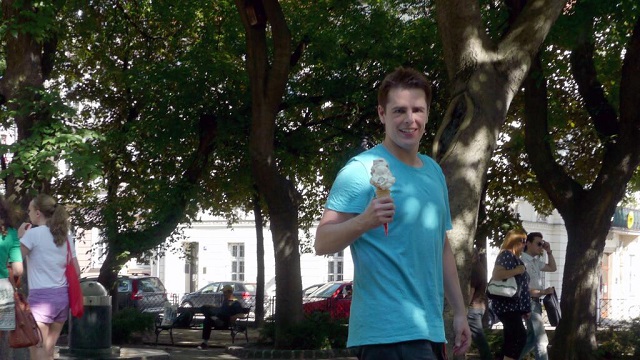 I recently did a bit of ‘flashpacking’ around Europe, taking in 5 countries over 3 weeks. I’ve split my trip report into 4 parts. If you’re looking for poker content then part 4, about the Eureka Poker Tour in Bulgaria, will be the one you want to read. Otherwise, enjoy reading about what I got up to in Slovakia, Austria, Czech Republic and Hungary.

I did most of the trip with my partner in crime, Simon ‘Amatay’ Jones, who I’d travelled around Asia with two years earlier. Back then we always stayed in nice hotels everywhere we went. That was before I discovered Airbnb.

Airbnb is a very popular website where “hosts” all over the world can list their home (or even just a room in their home) for short term stays. All users have public profiles and guests and hosts leave reviews on each other after the stay. Since you can read user’s feedback and all the payments go through the site, it’s all pretty safe.

We stayed in Bratislava for 6 nights and through Airbnb I chose to rent a whole apartment from a friendly American guy called Jason. It was a brand new and very spacious two bedroom place in a quiet area next to the Danube river. After Airbnb fees it worked out at only £40 GBP ( ‚¬46 EUR / $61 USD) per night. 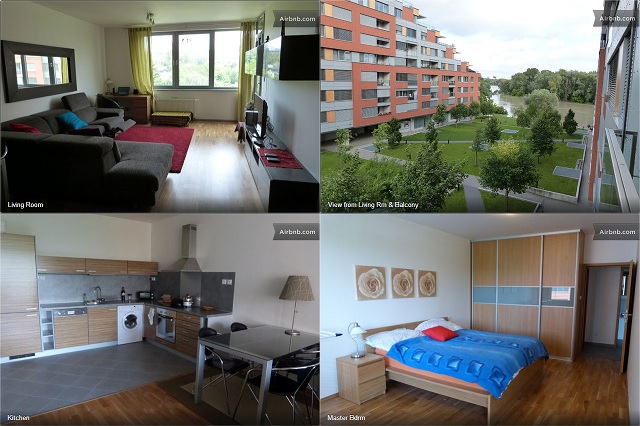 Compared to staying in a hotel this had many advantages:

Since the apartment was right on the river on a long green belt / cycle track it was great for morning jogs. That was in the first couple of days, when we were waking up in the morning and not the afternoon. It wasn’t that we were going out getting hammered every night, it was more that Amatay was in full on grind mode from the moment I showed him how to connect his laptop to the large high resolution TV. The fish was up all night, every night playing online poker tourneys.

The initially hilarious, but eventually really annoying, thing about being in the same room as Amatay when he plays online poker is that he plays with ALL the sounds on. Yes, he sits there with 12 tables open on 4 different poker sites listening to every single shuffle, chip splash, prompt, check, bet, pot ship and timebank alert. What a mug. I don’t know any other pro poker player that plays with any of the sounds on at all. Amatay is a bit special though. He says that he needs the sounds, if he turns them off he has no idea what’s happening on any of his tables. Riiiight. Well he does do well at the tourneys so if it works for him then fair enough, I guess.

Getting the English fish motivated to go out and do stuff was pretty difficult. I wanted him to cycle out to Devin Castle with me but he would only agree to do it if we got electric bikes. LOL. I phoned around everywhere but all the electric bikes had been hired out that day. So I worked out how to get there by bus instead.

It was a good place to visit for some nice scenery, fresh air and a bit of exercise. When you get to the top of the hill where the castle is there’s a drinking fountain with cold water, which was terrific as I sweated about a litre getting my fat ass up there.

Back in Bratislava, it surprised me how much graffiti there was. It was absolutely everywhere, even in nice parts of town. I don’t mind a bit of graffiti if it’s actually good, something that you could call art, but 99% of it was just awful talentless scribbles. If I had to describe Slovakian graffiti artists in one word, it would be this:

I got the chance to see the best football team in Slovakia play while I was in town. Dag Palovic who is a PokerStars Team Pro member that lives in Bratislava got us VIP tickets to see SK Slovan Bratislava play the Bulgarian champions Ludogorets in a UEFA Champions League qualifying tie. 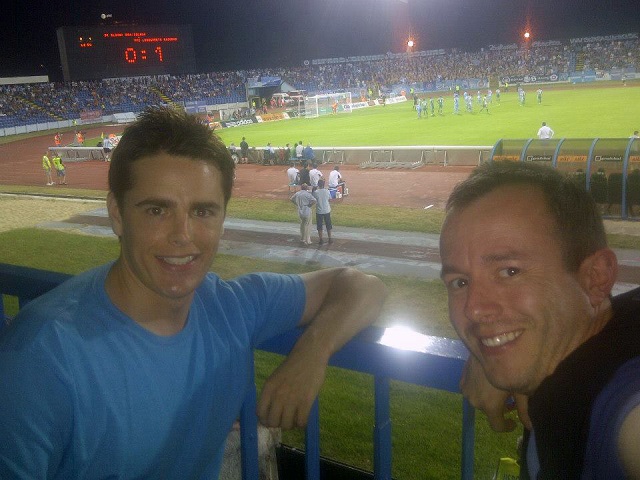 At the match, sitting in the same VIP area as us was the president of Slovakia. Dag introduced me to him and asked if he’d have his photo taken with me. He said yes but his 6 security guards had other ideas unfortunately.

As for the match, it was a quiet first half but it livened up in the second. With the hosts trailing 0-1 and only 5 minutes to go, the number 9, Juraj HalenÃ¡r, who had come on as a substitute, scored twice for the win. What a hero.

An interesting fact about Juraj HalenÃ¡r is that he made his European debut playing for Artmedia Bratislava in 2005 when they played Celtic in the Champions League second qualifying round. Artmedia thumped Celtic 5-0 with HalenÃ¡r scoring twice. Awesome. I got to meet the man himself after the match as Dag introduced me to him. 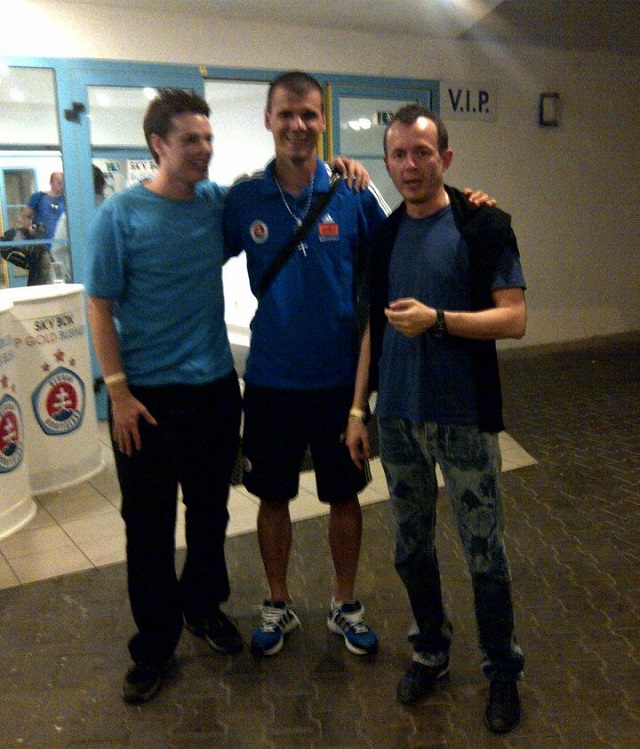 Click for Part 2 of my EuroTrip report. Vienna and Brno.