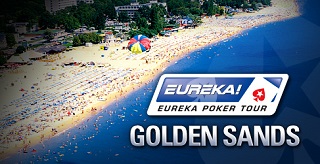 After a couple of weeks pissing around in Europe it was time to get back to work. That is if you can call “travelling to a seaside resort on the Black Sea coast of Bulgaria to play in a poker tournament” work.

To get there required us to take a 5am flight, the only direct option from Budapest to Varna. I guess most people would consider that to be absurdly early, but given that we were going to sleep at 6am every “night” we considered it to be absurdly late.

The flight was full of other poker players, as I quickly realised while standing in the check-in line. Less than a minute went by before I heard people talking about hand ranges and suchlike. Hardly the time or place for poker discussions in my opinion but some people just never know when to stop. All I was thinking about at that point was what the food would be like in the departure lounge and if I’d be able to get a wee nap before or during the flight. (Food + sleep) > poker.

If you’ve read my last few blogs you’ll know that I’m really into this Airbnb website where you can rent other people’s homes off them for short stays. Well, the whole of the Golden Sands resort where the Eureka Poker Tour event was held doesn’t really have many homes, it’s all hotels. There were no listings nearby on Airbnb so I had to make do with a 5-star hotel right next to the beach and beside the casino. FML, sigh.

Here’s a photo of the beach in order to show you how lovely and golden the sand is and how the water is so very crystal clear. 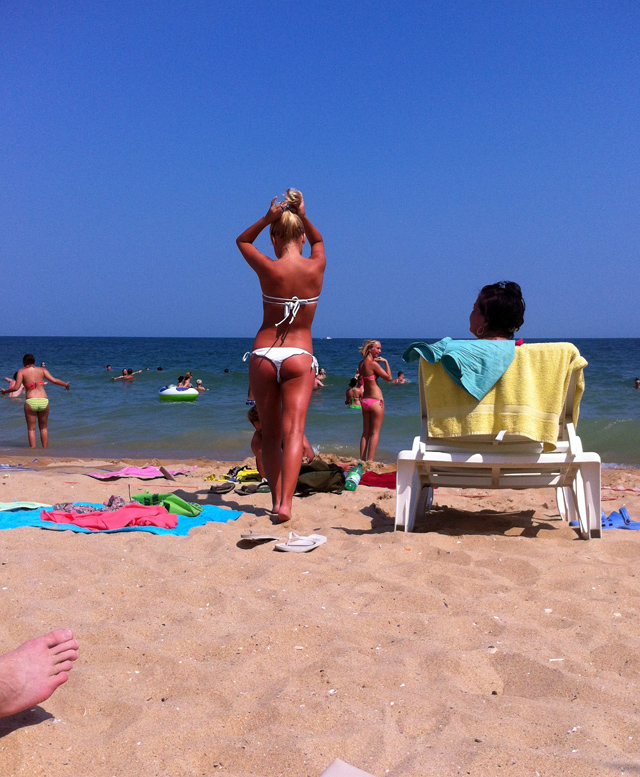 When we first went for a wander to check out the resort we felt pretty old. Everyone seemde to be around 18-21 years old in Golden Sands, and there’s loads of drinking and partying going on right from around midday. There’s no Brits in Golden Sands either, it’s all Germans and Eastern Europeans. The British resort is called Sunny Beach and is very far away. So we felt proper out of place.

I’m used to bad experiences in restaurants in Eastern Europe with rude waiters and slow service, but I had my worst dining experience yet while in Golden Sands. We woke up late on the second day and decided to spend what was left of the afternoon at a water park. We started walking there at 2pm and after getting lost and working up and appetite we ended up in a lovely looking fresh seafood restaurant on a cliff overlooking the sea.

We walked in and were completely ignored by the staff so we sat ourselves at a table. Given that there was only one other customer in the whole restaurant you’d think they’d be more happy to see us. It took around 5-10 minutes before we were given a menu, from which we ordered some pan-fried fish. We waited forever, which was really frustrating because we’d already wasted most of the day sleeping. So when the 45 minute mark went by we had enough and decided to walk out without paying.

Just as we were getting up from the table the food arrived, followed by a swarm of wasps. There must have been twenty wasps buzzing around our table and landing on our food. We couldn’t even shake them off with our napkins, they were so attracted to our lunch. We complained to the waiter and were moved to a new table, but the wasps just followed us. The waiter’s solution was to stand next to the table with a towel waving the wasps away while we ate. Proper Fawlty Towers stuff. It didn’t even really help much as they were still landing on the food.

So Bulgarian Basil decided to go for plan B, killing all the wasps one by one with a menu. He must have killed about ten as I stood watching away from the table, but for every one he killed I’m sure another two arrived. Then the waitress arrived with a can of RAID insect spray. She was about 1 second away from spraying it over the table before I stopped her and explained that food and RAID do not go together. I’d rather get stung than poisoned thanks.

We did eventually find our way to the water park after that fiasco, a couple of hours before the closed, but I didn’t think much of the place anyway. There weren’t many rides and the ones that were there were pretty tame. Should have just stayed at the beach.

Later that night I went out for dinner and a bit of partying with Neil Raine and Tim Davie, two of the very, very few Brits that were in Golden Sands. Those guys had been there last year so knew where all the best bars and clubs were.

I knew it was going to be a bad day when I sat down at my table, looked around, and quickly realised that I was the tenth youngest player there. I was extremely card dead in the first couple of levels and basically just sat folding while the rest of the table 3, 4, 5 and 6-bet each other every hand, 400 big blinds deep.

Everyone was playing really slow too. Especially the guy on my left, a kid with a big hood over his head, massive headphones and sunglasses. Maybe if he took all that crap off his noggin he’d be able to concentrate better?

While I wasn’t having much fun with my table of youngsters, I heard a lot of noise coming from Neil Raine’s table. I looked over and there were insane players there doing crazy stuff such as regularly rolling dice to decide whether or not they should call a preflop raise. Must be nice. There’s a lot of luck involved in playing poker tournaments and a fair amount of that is your table draw.

By the BB300 level I was down to 6,500 chips from the 20,000 starting stack. I don’t even remember how I lost those chips, but that’s what happens when you write a trip report 3 weeks after the event. A guy minraised from middle position and I shoved over it from the BB with AQo for 21BBs. He called with 99 and fortunately I hit a Q on the river or it would have been an early bath for me.

In the next level I got another double up when a kid raised from middle position to 800 and I 3-bet him from the cutoff with A8s to 1850. The hoodie lagtard on my left took his usual minute before putting in a cold 4-bet to around 3,500. I shipped it in for around 14,000 and hoodie tanked. Minutes went by as I sat there wondering what the hell he 4-bet me with that he has such a tough decision over. I wanted to call the clock on him but I was worried that may make him think I was more likely to be bluffing so I just sat there quietly and patiently. Eventually he called and flipped over AJo. AJo that he cold 4-bet without a plan. Clearly didn’t even know if he was raising as a bluff or to induce me to shove so he could snap me off.

So I went to the dinner break with a healthy stack and a healthy appetite. There was a massive free dinner buffet at the hotel for main event players each and every day, whether you were still in the tournament or not. I love to get some added value when I play in a poker tournament and things like the comped buffet and free bottled water really make me feel like I’m being looked after. It was exactly the same on the last Eureka event I played in Croatia, so the free food and water must be standard on the Eureka Poker Tour.

After the dinner break half of the kids at my table ended up busting the other half of the kids, and were replaced with more friendly players. Unfortunately I still couldn’t get anything going and ended the day on 29K, 29BBs for day 2. 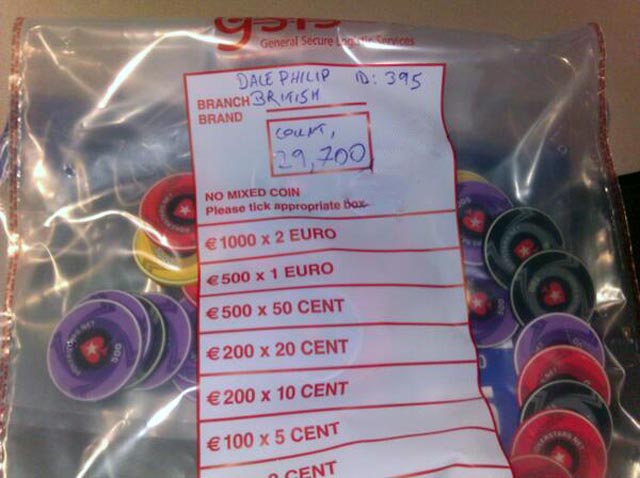 There’s not much to say about day 2 really. In the first level I raised with AQ suited, bloke on my left who 3-bet me small in the exact same position last orbit 3-bet me small again, I shoved, he called, he showed AKo, flop was QXX with two spades, turn spade, river Q of spades, giving him a flush. Nice tease, but there’s only so many times you can get it in behind and suck out!

I didn’t play any side events or cash games. I just spent the rest of my trip at the beach during the day and partying at night. It’s not typically how I like to spend my vacations but there’s nothing else to do in Golden Sands.

Before flying home to Edinburgh I went to the Bulgarian capital Sofia for a few days by myself.

Since I was only staying for a few nights I splashed out and got the number 1 hotel on TripAdvisor in Sofia, the Grand Hotel. It was usually ‚¬200 per night but I got it for about ‚¬65 single occupancy and without breakfast through special deal on booking.com. It was really impressive. I’ve lived in smaller houses and apartments than the size of the hotel room they gave me.

I spent two of my three days there relaxing, but in-between those I had a day where I went hiking for 5 hours followed by a city bike ride for 4 hours. I did that with Sofia Green Tours who provide the tours for free. You just need to tip the volunteer tour guide whatever you want afterwards.

The hike was to the Boyana waterfall on the Vitosha mountain. It was great to get some decent exercise and see some nice scener. The other people who were on the hike were really nice and interesting to talk to. Some cool bros and some cute girls, and one guy was a famous Gaida (Balkan bagpipes) player and played for us while we sat around a lake. Awesome day out.

The bike ride took us all around the massive parks that are all over Sofia. It was really impressive to see a city that’s so green and with so many people outdoors, socialising in the parks. I said the same about Budapest, but Sofia is easily a city that I could see myself happily living in.

And that wrapped up my EuroTrip. I ended up playing only one poker tournament and zero cash games the whole trip but spent a lot of time having fun in other ways, while clicking buttons online. 🙂