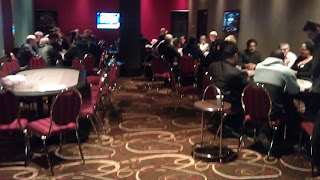 Where do I start? There are a hundred and one things I could moan about regarding the new Genting Casino Coventry in the Skydome and I will highlight some of them here but overall, taking all things into consideration, I liked it a lot.
Yes, despite them blanking me for a VIP pass (read about that here) I really did like the casino when I went to see it. Like some of my favourite people it is small but beautifully formed. (Ola Jordan) The casino has quite a friendly and intimate atmosphere to it.
Often when you visit a casino for the first time you don’t know many people there but obviously being in such close proximity to the G Cov I probably knew 40% of the players in the comp if not by name at least I recognised them. So that made it a good start. When I was waiting to get in I was queuing up behind 3 G Cov dealers and I could also see Dave one of the Broadway dealers inside also.
Then next I bumped into Ben Maregedze who I believe (plenty disagree with this) is the best regular player at G Cov. Tournaments or cash he is really good, most players are better at one or the other but Ben is adept at both forms of the game. I rarely know where I am with him in a hand and there aren’t too many players I feel like that about.
When it comes to cash I just find it easier to not be on his table or to sit on his left. In comps of course you don’t often get a choice (though I did at Genting).
Genting Coventry Issues
There are some issues with it which will never be solved and therefore you have to accept them or not go there. The biggest one for me is where it is. The location can be a positive to some but for me it’s a negative.
On the positive side, casinos best punters are often takeaway and restaurant owners. These guys generally have lots of cash and love to gamble. They are the lifeblood of lots of easy money in cash games and tournaments in places like the Gala and Broadway in central Birmingham. These restaurant owners when they finish work, often late at night, go into city centre casinos and punt the days takings.
On the negative side its city centre location right in the heart of “club land” makes me slightly nervous about visiting it over any of the weekend nights.
For the casino their bar will take a fortune over the weekend. It is well laid out so city centre drinkers can go into the bar area without actually having to enter the casino part of the operation. Though of course they can see the roulette wheels etc. so I’m sure with a few drinks inside them many will be tempted inside the gaming area. 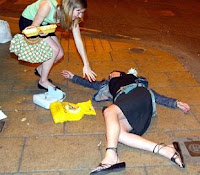 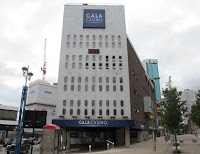 20,000 starting stack (2k extra if you pre-register) 25 minute blind levels throughout and an UNCONDITIONAL £10,000 guarantee.