Three men with a wealth of racing knowledge made up the panel at Grosvenorsport.com’s Cheltenham Festival Preview in Coventry despite the Beast from the East doing its best to spoil proceedings.

ITV Racing’s Oli Bell was joined by Oddschecker’s resident tipster Andy Holding, as well as the Festival-winning jockey Nick Scholfield to look ahead to the four most eagerly anticipated days in the jumps racing calendar.

The panellists quickly got onto to Tuesday’s opener, the Supreme Novices’ Hurdle, where both Holding and Scholfield were looking to take on hot favourite Getabird.

“He’s the right price on figures and is pound for the pound the best runner in the race but he’s very short. I think there are plenty who could serve it up to him,” said Holding.

He and Scholfield agreed that Kalashnikov was a cracking each-way bet. “He was so impressive at Newbury and he’s the one I’d want to be on,” said the jockey.

Bell pointed out that the first day was dominated by short-priced favourites like Footpad in the Arkle.

He is another Holding is looking to take on: “He’s the most vulnerable of all of them, he’s not going to get an easy lead from the front like he has previously.

“I like Sceau Royal and he’s the first part of my big each-way Yankee for the week.”

Bell described Footpad as about as good a jumper as you’ll ever see at this stage and Scholfield quickly interjected claiming he’ll get turned over on good ground.  “Plenty have good chances and it’s hard to split them.”

Short and sweet on the Champion Hurdle from the panel who all said Buveur D’Air, who goes for back-to-back wins in the race, was bombproof. “He wins by at least five lengths,” said Scholfield.

Holding then noted that My Tent Or Yours was the second selection of his Yankee: “He’s about as good an each-way bet as there is!”

Bell then asked his fellow panellists if Samcro was the “next coming of Christ?”

Scholfield is unconvinced by Gordon Elliott’s runner: “He’s been winning on soft ground and on a flat track, plenty of good judges think he’s the real deal but I’m not so sure. I’m a big fan of On The Blind Side.”

“He’s been working very poorly according to reports from Seven Barrows, they’re not sure he’s going to get his spark back in time,” was Bell’s response.

Holding said: “Next Destination is my fancy here, he beat some really smart novices last time,” and put the Willie Mullins runner up as the third leg of his each-way Yankee.

The market for the Champion Chase is dominated by Altior, who Scholfield claims “is a good thing, he’s special.” 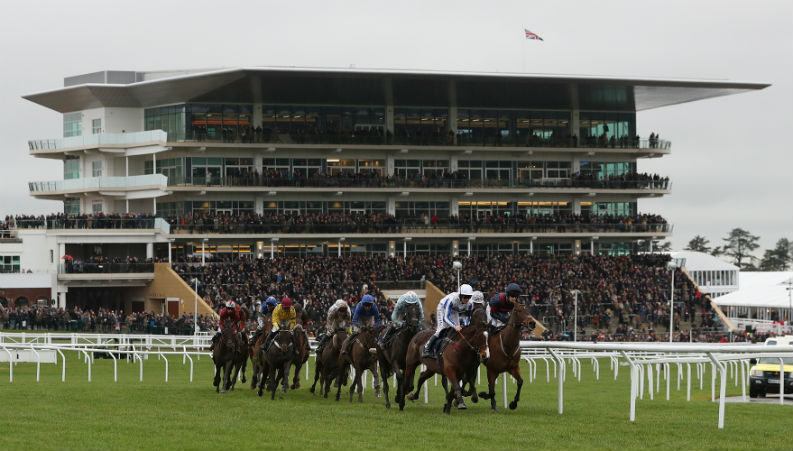 Douvan, who is yet to run this season, is the interesting sub plot to the race. He is far too good to write off though according to Bell, who almost fell of his chair when Holding then claimed that Min is a superior horse. “I expect Min to serve it up to Altior not Douvan. He’s not good enough.”

The Mullins yard think Tornado Flyer in the Champion Bumper is overpriced was the word from Bell. “He’s one of my best bets of the week.”

Holding was keen on Joseph O’Brien’s Rhinestone in the same race. “I’m very keen on him, probably my strongest bet on day two.”

In Thursday’s Ryanair Chase, Cue Card’s jockey Paddy Brennan was ‘doing handstands’ when he heard the news that Cue Card was running in that rather than the Gold Cup according to Scholfield. “I think he’s got a cracking chance.”

Bell was in agreement, “he typifies everything that is good about racing, he’s a big big player.”

Thursday’s feature race, the Stayers’ Hurdle, looks wide open and the panel were in agreement.

“L’Ami Serge is the fourth part of my each-way yankee,” was Holding’s advice. He stated that 10/1 with Grosvenorsport.com is great each-way value.

Bell then asked Scholfield if he agreed with Andy’s views. “Yes, I’ve been brainwashed! He won’t be out of the first three.”

Of the other races on day three, the panel were in unison that Laurina in the Mares’ Novices’ Hurdle was a banker.

The highlight on Friday, and of the entire week is the Gold Cup for which Mite Bite is the favourite.

The panel agreed that Nicky Henderson’ King George winner is the most talented horse in the race. He has plenty of worthy rivals, though, of which Native River was the pick for Scholfield.

He and Bell were in disagreement over his prep with Scholfield saying, “the Gold Cup is a gruelling test, you need to be so fresh for it and Native River is, he looks a fantastic spin and is my idea of the winner.”

Holding is a big fan of Jessica Harrington’s Our Duke, who bounced back impressively last time. “He’s just what you want in a Gold Cup horse, he’s a big player and the booking of Noel Fehily is a massive positive.”

“I’ve always thought Mite Bite would do the King George Gold Cup double and I’m not prepared to abandon him now,” added Bell.