Not best pleased with Grosvenors customer service at the moment. I had to go to Spain unexpectedly due to a family emergency just before the Goliath festival started. That messed up my plans of firing multiple bullets at the Goliath like I normally do.
As it happened I arrived back on the last day 1 with 20 mins of late reg to go so I only fired one bullet. (I feel like a winner).
This meant that I was left with 3 x Goliath £120 online tickets.
Now I know I can use them next year but having £360 of my relatively small poker bankroll tied up for 12 months isn’t the best idea.
With that in mind I approached Grosvenor support asking if I could use a ticket for the upcoming Summer Sizzler and maybe put the other two together to use in a 25/25 event.
They just flat out said no. 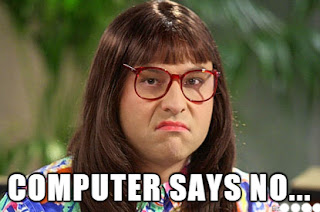 I didn’t even care that the sizzler is £110 and the 25/25 is £220 I would happily have forgone the change from the £360 worth of tickets. It’s not like I was asking to use them for a GPS or DTD event.
So not good Grosvenor and I have to say I was shocked they were as inflexible, as normally they are pretty good. In my experience the people you deal with in the bricks and mortar venues always try to be helpful.

Expected Numbers for the Sizzler?

This time around the day 2 Midlands Venue is Nottingham and I feel that it may have an effect on the numbers. The best supported venues for these multi-day one events are usually Walsall, Hill Street and Coventry with Leicester and Nottingham not normally doing quite so well.
I wonder if so many Brummies will be too keen on travelling up the M6, M42 Motorways on a Bank Holiday Monday and as much as I love all my friends at Walsall most of them get lost if they have to drive 20 miles outside the Black Country.
So it will be interesting to see.

I can confirm that as I have to pay £110 in cold hard cash to enter, I will not be firing multiple bullets on this occasion. 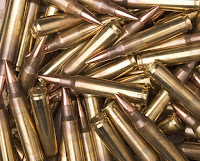 Part 3 of “Getting the Balance Right”
For anyone waiting to read part 3, (Part 1 Here and part 2 here) the main reason I haven’t posted my 3rd part is, although it’s complete I don’t feel comfortable posting it up.
I can write quite objectively about others but it’s tough to do so about myself. Secondly I’d been “running like a drain” from 2009 till July 2016 so my results were nothing to write about.
More recently I’d run so well from July 2016 till the end of 2016 that I thought I’d wait till the run good was over before writing about it so as not to jinx it.
I was always slightly reluctant to write about my own game as it will just look like I’m showing off and I am well aware of my limitations as a player. I know there are hundreds, if not thousands, of better players than me in the Midlands who don’t write blogs about themselves.
So there it is it is done, but I might never post it.