A titanic match-up between Antonio ‘The Magician’ Esfandiari and Phil ‘The Poker Brat’ Hellmuth kicks off a brand-new PokerGO show called High Stakes Duel this week. 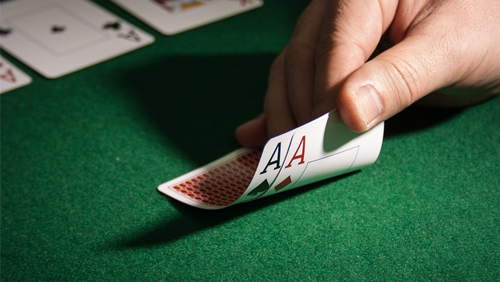 On July 30th, Thursday evening at 9pm Eastern Time, PokerGO debuts its latest offering that is sure to please poker fans still stuck at home on lockdown or lacking in live entertainment, with many TV stations simply juggling repeats or staggering new content.

Poker fans need fear no such repetition if they’re signed up as subscribers to PokerGO, with a great match-up between two of poker’s most entertaining players kicking off the action in High Stakes Duel.

While many casinos are still very much under lockdown or have suffered the impact of COVID-19 in terms of player numbers and dipped attendances, the purpose-built PokerGO Studio at ARIA will welcome in person two of the game’s greatest talents.

As Poker Central announced this week, the format is pretty unique and one that will again try to survive in a clustered media niche of new poker shows. We were all there for Shark Cage, we each had our favourite moments in The Big Blind and we’ve featured several of our favourites – and least favourites – in our popular Poker on Screen article series. Even with every poker programme we’ve watched for TV, High Stakes Duel may yet have its own unique place.

For a kick-off, the buy-in is an eye-watering $50,000. These stakes double in each round, meaning a prizepool of $12.8 million in Round 8 is feasible. It’s not, however, easy. Any loser can re-challenge, with three straight matches needed to seal the heads-up format deal. The catch? The stakes for each player double each subsequent round too.

The format is interesting, not only because each round effectively gets harder in terms of a buy-in increasing, but because there’s more on the line every time. There can only be challengers within 30 days, too, so there’s a time bank on the table too.

Hellmuth was full of fighting spirit before the game takes place.

“Antonio and I have a long history of playing poker together,” the 15-time WSOP bracelet winner said. “From the time he came to my house as a young man and insisted we play heads up (he won), to the time we played televised cash games together (he won), to the NBC Heads Up Championship in 2005, [where] I won it all.”

Esfandiari will be no pushover. With any challenge, the former ‘I Bet You’ star can put his mind to victory. Winning a boxing match against Kevin Hart is just one of the many ordeals he’s been second-favourite for in his life yet triumphed all the same.

“For 10 years I’ve been challenging Phil to a heads-up match where the winner shoots the loser with a taser gun,” said Esfandiari.  “Going head-to-head in ‘High Stakes Duel’ has been a long time coming. The idea that the winner has to go double-or-nothing at least two more times after the first match is brilliant; it will be interesting to see who will go for the challenge and who will turn it down when it gets to a certain point.”

It certainly will. With the series premiere of High Stakes Duel on PokerGO this Thursday, it already feels like there is a lot on the line.