It doesn’t happen very often but occasionally I get the chance to report some “exclusive” things happening on the poker Midlands poker scene. I’m proud of the fact that my blog was the first place to ever mention a tournament called the “Goliath” back in March 2011 way before most of the Poker News websites knew about it. (see original Goliath story here)

Also having been a member of the Rainbow casino in Birmingham since 1977 I was thrilled to be invited to their Grand re-opening night back in November 2010. (read about it here) I’ve also trailered other up and coming events of interest and also I once had over 4,000 people read my blog in the space of a week when I reported about someone getting a life ban for cheating.
I do really enjoy reporting “news” rather than merely posting up my bad beats all the time and I’m damn sure people enjoy reading it more:)

So with the new casino about to open in Coventry I was hoping to be there on the first night to be able to report what it was like before everyone was able to see it for themselves. (No point doing a review when everyone’s already been)

It seems that the new casino in Coventry doesn’t want me to give it any positive publicity at all.
After I gave their initial poker schedule a very poor review and reviewing the amended one as having some improvements this evening they had an opportunity to gain some really positive vibes from me.
The casino opens tomorrow (Friday 23rd) to the general public but tonight (Thursday 22nd) they have a special £30 poker tournament but its only open to those who bought in via the Tile Hill casino. You cannot just turn up on the night as it’s an invitation only evening. You know the sort of evening I mean, where they invite a load of local big wigs who’ll never set foot in the place ever again once the free champagne has run-out.
Anyway, I have tried to get an invite but it seems that I’m not welcome.
The first I heard about the tournament was when the card room manager (CRM), Mark, tweeted this late on Saturday 17th about it.

I have never been to the Tile Hill casino and didn’t really want to specifically drive and find it on a Sunday just to buy in. So I contacted the CRM via twitter (no reply) and via the Midlands Poker Forum to see if a seat could be reserved for me.
I obviously wanted to go along and see the place, review it and get it posted up on the blog before the poker room opens to the public on Tuesday 27th November.
Anyway the CRM’s reply was…
“the comp is on the VIP night ( thursday ) and everyone needs VIP pass to get in , still couple seats left though … best thing to do would be to ring 02476 231234 to see if you can come in , cant promise anything though as it aint up to me , and we maybe near capacity for the building “
Undeterred I rang the casino on 3 separate occasions and got nowhere. Each time I tried to explain why I wanted to come along and was told only the manager was able to grant the all-important “VIP pass” and she wasn’t there. When I rang again tonight at 6.30 pm for the 4th time, I was spoken to on the phone along the lines of “if you haven’t got a pass you’re a pleb and you aint getting one”. 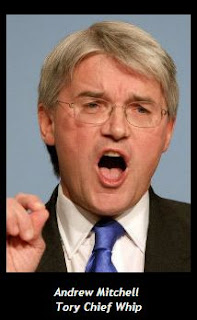 Now I know how that policeman felt who was on duty in Downing Street recently.
So it appears that only the locals from the now closed Tile Hill casino are going to be playing in the comp this evening.
Weird really, you’d think they’d be keen for some positive publicity after the video review I gave on their initial schedule.
The last time I looked 337 people had viewed it on YouTube in the last 18 days. (That figure will probably go up now I’ve posted another link to it here). See Video review HERE
So I guess if I want to go and see what it’s like I’ll have to visit like a normal “pleb”.
For not allowing me to come along and report on the evening I’m tempted to tell them where they can stick their new casino, but I prefer not to be bitter and twisted about itJ