After my trip to the Bahamas in January I was back in Scotland for all of two weeks before I had enough of that crap and decided to GTFO. The very best thing that you can do during the winter in Scotland is hibernate, and that gets boring pretty fast.

Malta is somewhere that I’d been planning to visit for over a year but I just never got round to it. During the winter it’s one of the warmest countries in Europe and Ryanair have started doing direct 4-hour flights from Edinburgh. So I just booked a cheap flight for the next morning and off I went.

When you fly somewhere alone it’s always a bit of a lottery as to who gets sat next to you on the aeroplane. I’ve ran pretty good in recent times, having whole rows to myself on quiet flights. The next best thing to an empty seat next to you is some skinny girl and that’s exactly what I got. It was the best I could have hoped for since it was a full flight.

Unfortunately the skinny girl was a wolf in sheep’s clothing. A real mouthy cow, ranting loudly in Italian with her boyfriend who had the window seat. No problem I thought, Bose Quiet Comfort headphones on, music up loud and everything will be fine. Or so I thought. She was unable to talk without using her hands. Every time her mouth opened she would wave her arms around, nudging me with her pointy elbow. 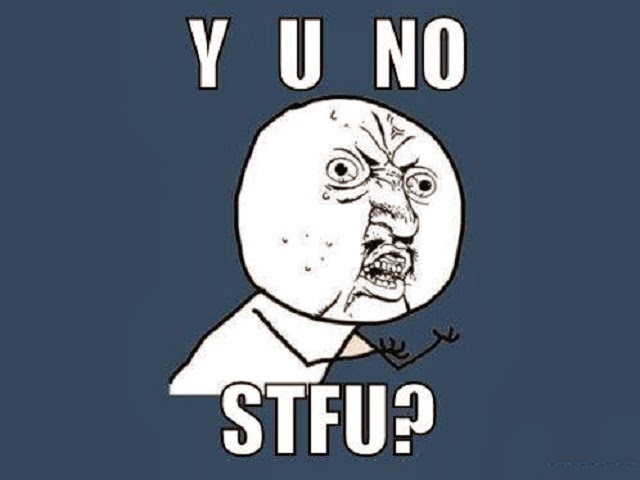 After maybe the fourth or fifth nudge I turned round and stared at her. It took her way longer than it should have to realise that I was looking for an apology. “Sorry”, she muttered unconvincingly, and then continued to do the exact same thing, blabbing away and throwing her bony arms around.

I started nudging her back even harder every time she nudged me. An eye for an eye and all that. That just made matters worse though. Her hairy boyfriend wasn’t impressed. So I asked the steward if I could be moved to another seat before this confrontation escalated into nuclear warfare. “Sorry mate the flight is full.”. Only on Ryanair are you a “mate” rather than a”sir”.

So it was a miserable 4 hour flight. I tried to lose myself in the awesome new Zelda game on Nintendo 3DS but even then, her nudging lost me my life in dungeon boss battle which was extremely tilting as you lose all the items that you rent when you die. So I got through the flight listening to loud music and fantasising about how much I’d love to drag the girl down the aisle and into the toilet. She’d think she was about to join the Mile High Club but no, I’d flush her skinny ass down the bog and tell her to GTFO. Mile Low Club, ciao bella.

I arrived in Malta after midnight and checked into a nice hotel in St Julian’s bay, which was less than half the price it would be during the summer. Malta is pretty much dead in the winter with a lot of businesses closed and hotels half empty. The weather forecast hadn’t looked great but I was pleasantly surprised when I woke up to an awesome view and beautiful sunshine. 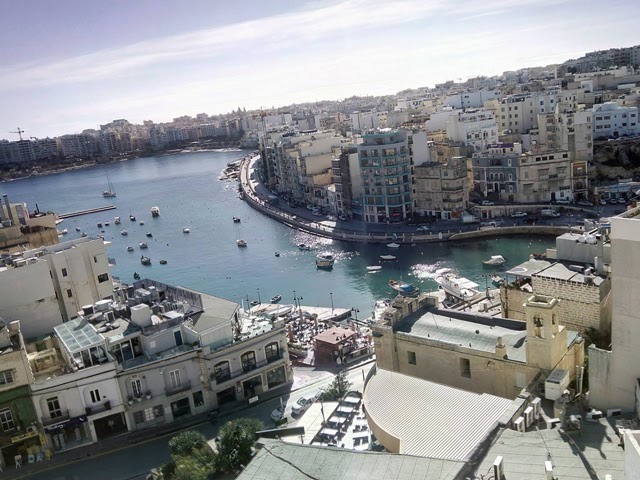 The first thing I did (after a massive buffet breakfast of course) was to walk around the coast. I just kept walking and walking for hours. I walked all the way from St Julian’s to Valetta, and back. A fair trek, it took most of the day! 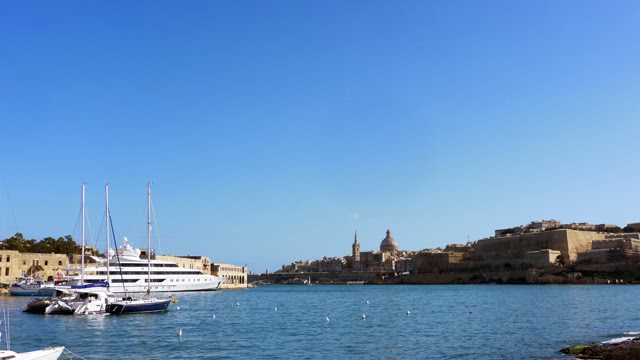 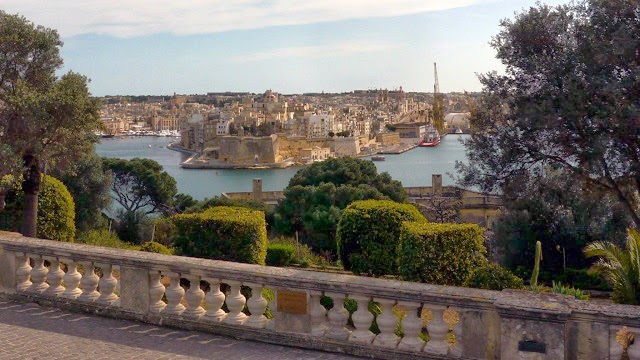 It was nice to actually enjoy being outdoors again, with warm weather, fresh air, exercise, beautiful scenery and smiling people. 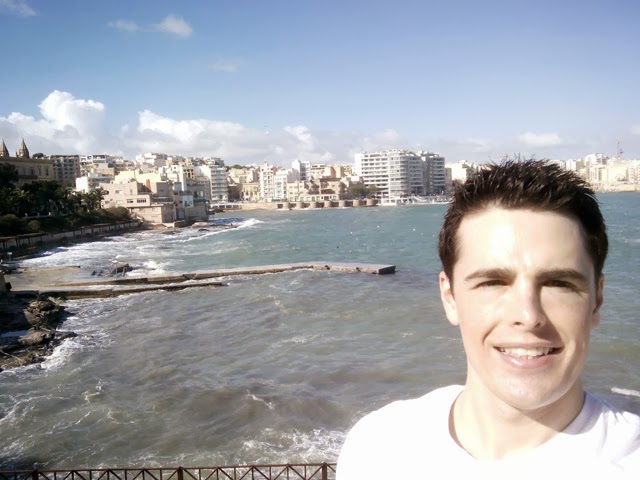 The most fun I had on the trip was a visit to Sweethaven which is a little village built as the filmset for the 1980 movie Popeye which was Robin Williams film debut. The village has been kept as a tourist attraction where you can enter all the buildings and interact with character actors playing Popeye, Olive and Bluto. With it being off-season in Malta the place was almost deserted, with less than 20 visitors the whole day, but that’s a good thing for me. I spent a couple of hours there making a Popeye home movie with a few of the other visitors which was a ton of fun.

The big bloke that I was fighting with at the start of the movie was a fella from Aberdeen. In the scene where he falls to the ground he smashed the screen of his iPhone that was in his pocket and was absolutely gutted about it. It turned out it was only and iPhone 4 so I told him “it’s not such a big deal then, in fact it’s a good excuse for you to upgrade.”. His reaction had me looking for the nearest can of spinach, for fear of getting my ass kicked. 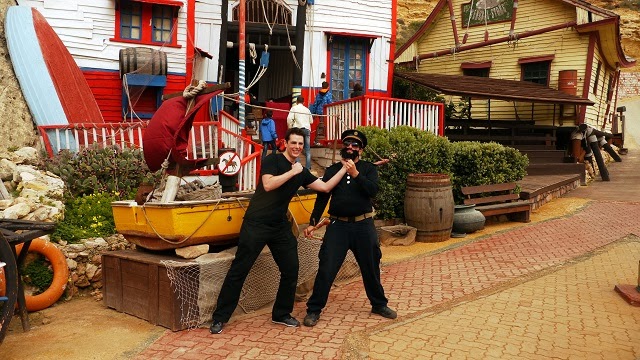 My night time activities in Malta were basically eating, and eating. I had some great restaurant recommendations from people on Twitter so I planned to try a different one each night.

Three different people recommended a Japanese restaurant called Zest. It was right beside my hotel so that was the first one I checked out. I have to say that I had the very best sushi of my life in Zest. Better than the sushi I ate in Tokyo, better than the sushi at Nobu, better than anything. Simply incredible, it blew my socks off. 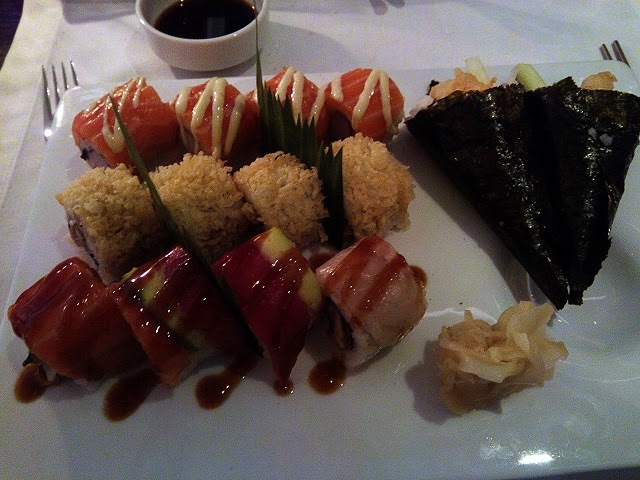 It was so good that I changed my mind about trying a different restaurant each night and ended up in Zest 3 nights out of 7.

There was one rainy day during my stay. I was absolutely miserable, confined to my hotel room for hours. There wasn’t much I could do. Anything outdoors would be awful and I’d already been to all the museums and suchlike.

I was lying on my bed wishing I was in Thailand instead of Malta. Then I remembered what I do in Thailand when it’s raining. I ship a massage.

So I found a Thai massage place using Google Maps. Two minutes walk in the rain for a two hour oil massage, that’s worth it! 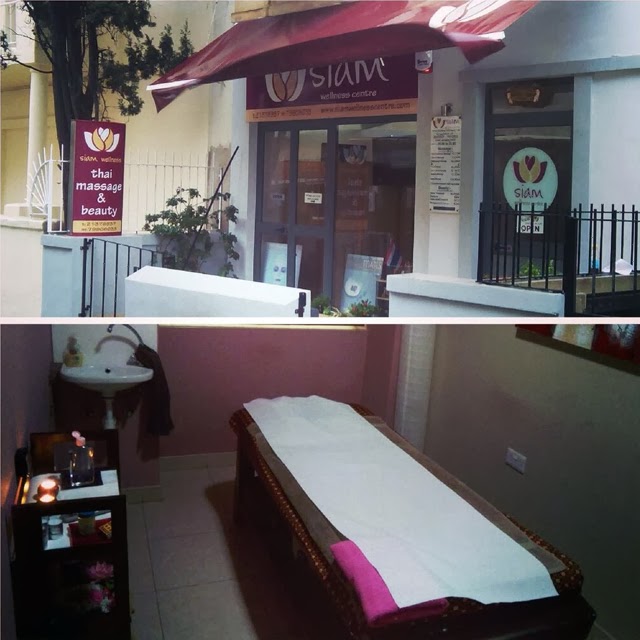 I followed that up with a visit to the best Thai restaurant in Malta, Blue Elephant at the Hilton. 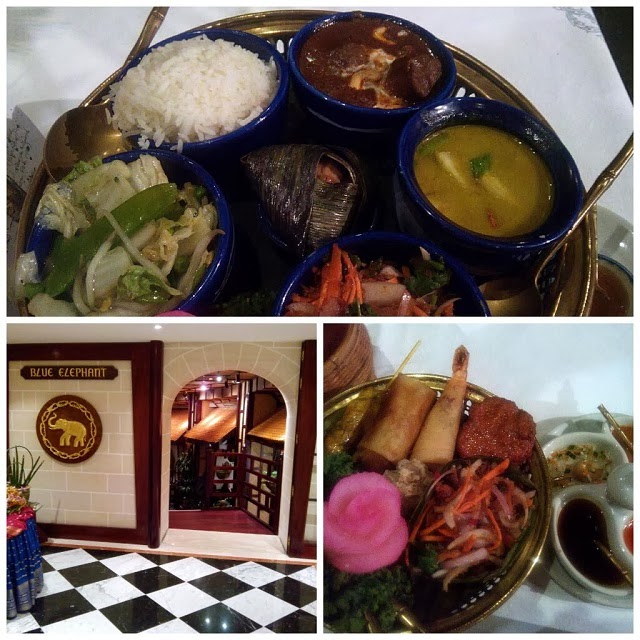 I had a starter platter and a main course platter with loads of different hot and delicious stuff and I went to bed full and happy that night. Thai day in rainy Malta.

Museums and Temples and all that sorta stuff

I didn’t make any friends while I was in Malta. Like I mentioned, it was super off-season so the place was dead and the people that were there were all geriatric.

The first 4 or 5 days were fine, walking around and using the buses on a €1.50 day-ticket to visit loads of interesting museums and old temple ruins.

Over those 4 of 5 days I’d seen everywhere and done everything that I wanted to see and do in Malta so my last couple of days of the week-long trip were really boring.

I had a decent time in Malta overall but I probably won’t be back any time soon. There are more exciting places in the world to visit. Still, it was 100x better than another week of miserable winter time in Scotland.