Happy new year everyone. May 2013 be filled with rungood in your pokers and your life.

As a member of the class of ’04, 2013 will be my tenth year playing on PokerStars. Lets hope it is my breakthrough year. Better late than never, right?

If you’re wondering what thing are like over 500 years in the future, well the earth is much hotter but people still drive like idiots and they haven’t figured out how to make the internet totally stable yet!

I don’t have any daft new years resolutions but I do enjoy reading other people’s, knowing that most of them are going to be forgotten about by mid-January 🙂

After taking pretty much the whole of October and November off poker to concentrate on health, fitness and travel I left myself needing to grind hard in December in order to hit my VPP milestone bonus.

If you’re a Supernova level player then the way to get the maximum % value out of the PokerStars VIP club is to end the year exactly on a multiple of 100,000 VPPs, otherwise you are missing out on thousands of dollars of value.

It ended up taking me well into January 1st to finish but thankfully Thailand is 12 hours ahead of USA Eastern Time which is what the PokerStars servers use as their base time.

In 2013 I plan on playing the majority of my poker at SNGs, and some MTTs and Zoom PLO. I feel like my biggest edge is playing SNGs but Zoom PLO offers me a lot of convenience by letting me play lots of short sessions and pause for a break instantly whenever I want. As for MTTs, well it’s about time I gave them a proper go and gave myself a chance at a big score. You gotta be in it to win it!

Something that has always put me off playing MTTs is that I don’t like playing long continuous sessions. Some MTTs can take over 12 hours to win. Well, TCOOP (the T is for turbo) is only a couple of weeks away and ZOOM MTTs have just launched so I’ll be getting some MTT action in this month for sure.

As for live poker, well I haven’t played it at all for 15 months but you may well see me playing live again very, very soon.

In October I blogged about going raw vegan in order to help me feel better and lose weight. I kept that up 100% for more than a month. Since then I’ve aimed to have a diet of 85% raw fruit and vegetables but by now, to be honest, it’s more like 50%. Still, it’s a lot better than the 0% I ate in the past!

I’m also exercising regularly. My routine is usually jogging, resistance weights, swimming, sauna, swimming, sauna. I’m in a very fortunate position where I live in a country with warm weather and near a big park with a running track round it, as well as having a great swimming pool, sauna and gym in my condo building. I’m trying to make the most out of that. 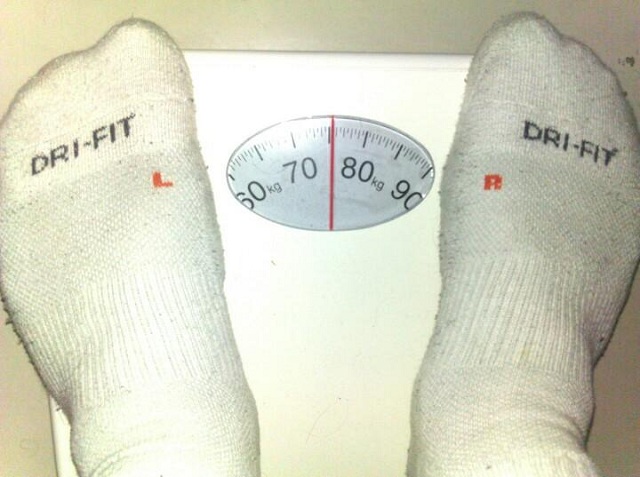 A ball hair away from dropping 20Kg over the year. My target was to get down to 70Kg, not by the end of the year, but eventually. I’m pretty happy with what I achieved so far.

A year ago I couldn’t even run 50 meters without stopping. My legs would ache and I would be out of breath. That’s what two years with zero exercise and a compulsive eating habit will do to you.

It became important to me to turn it around and go from busto to robusto. I made getting fit my primary focus in life. I don’t feel like I’m where I want to be just yet, but I’m certainly most of the way there.

When I go out jogging now I feel like I’m floating, or running on clouds. Amazing how much easier it is without carrying 20Kg of excess weight. I think I would like to aim to run my first half-marathon in the near future.

I had to make a lot of sacrifices to get fit. By making health my main focus I left a lot of money on the tables by not playing much poker this year and not working on my game as much as I need to in this era of very tough games.

However, money is no good to you if your’re dead or chronically ill. Poor diet and lack of exercise can cause so many health problems and is direct cause of 25 percent to 30 percent of common cancers according to the NCI. Why gamble with your life?

I’m happy to say that Team Online is not such a sausage fest any more.

The latest addition is ‘Mysters_Y‘, a player who has been known to crush high stakes NLHE cash games for years but who’s real life identity was previously…. a mystery.

So who would have guessed that it was a hot Russian chick? 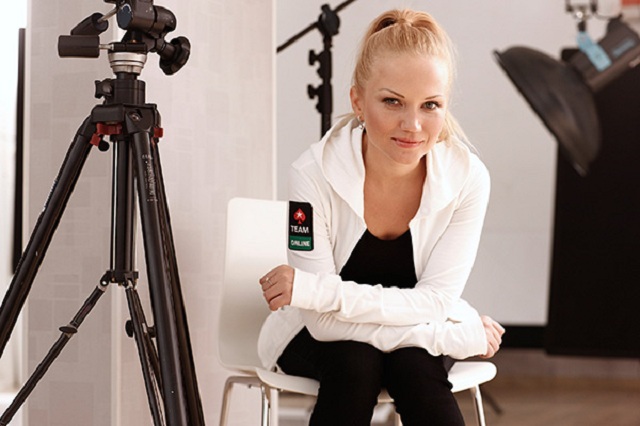 A new promotion this year for Supernova players. Those of you with high VPP goals won’t want to miss out on this promo for a bit of extra cash.

You don’t have to place your bet until January 31st. Check out all the details on the PokerStars promo page.