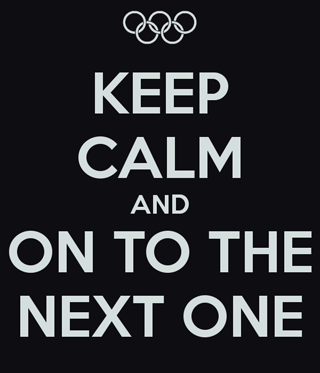 It’s been a while since I updated my little corner of the internet, mainly because I’ve not been inclined to write anything on here. With this being primarily a poker blog and the fact I’ve played little in the way of poker since returning from Las Vegas in July, I didn’t think you’d be too interested in stories of my playing on the Xbox or the pulled rib muscle that’s kept me popping codeine tablets as if they were Smarties.
As it happens, I played some poker on Thursday, hence this latest update, but it didn’t exactly go to plan. I was invited to play the Sky Poker UK 6-Max Poker Championships Main Event at Dusk Till Dawn in Nottingham, a £1,000 buy-in tournament with a £500,000 guaranteed prize pool, and I obviously accepted the offer to play. Managed to sell 20% of my seat to cover my travel and hotel costs and was looking forward to mixing it up with some of the UK’s finest poker players.
I almost missed my train to Nottingham after leaving the house later than expected thanks to finishing some work. The train I’d pre-booked left Huddersfield station at 08:31 a.m. and I arrived in the town centre at 08:25 a.m! After running like a complete loon – running as well as a fat, unfit man with a rucksack and a suitcase can – collecting my tickets from the machine, then darting through the station, I somehow managed to catch the train with a few seconds to spare. Didn’t have a heart attack, which was a major bonus.
Nearly forgetting to get off and change trains aside, the journey to Nottingham was straight forward and as boring as you’d expect. The boredom was broken up by the sound of a toddler screaming its tits off and its mother moaning about how it “was always fucking crying.” Dug out my trusty Bose headphones, fired up some The Smiths and whinging baby was no more.
My run good of managing to catch my train, not have a coronary and being able to drown out high-pitched whining continued when the hotel – Jury’s Inn – had a room ready for me at 11:00 a.m. despite check-in not being available until 2:00 p.m. A quick shit, brush of my teeth and a “squaddie wash” later and I was ready to head to DTD for the pokers.
Arrived at DTD and saw that I was on Table 23 Seat 1. In a full ring tournament, Seat 1 is a pain in the bollocks, but in the six-handed format it isn’t as bad, still not ideal though. My starting table seemed great when you consider the plethora of big names who had bought in. The two players to my direct right were very aggressive, one busted relatively early and the other was a constant thorn in my side and he ran the table.
I splashed around a little with small pair in an attempt to make a set, but never managed to flop one. Then whenever I raised light, I would get three-bet huge and when I three-bet with the good they would fold, or at least it seemed.
There were three hands of note and I lost all three. The first saw me lose with a set of jacks versus As-Qs that went runner-runner flush for a decent chunk.
The second saw a player new to the table raise from the button and I three-bet from the small blind with Ah-Jh. He called and the flop came down 8c-8s-2c. I led and he snap-called. The turn was the Ac and I tapped the table and checked only to see the button instantly bet ¾ of the pot. I was going to jam over the top of him, but I went with my gut that he had me beaten and folded. Later, after I busted, I saw him and he told me he had ace-seven and did so before I told him my hand. He said he wanted it to look like a flush and I guess his plan worked.
Hand number three was my exit hand. I raised to 1,100 from the button with 10s-9s and the big blind, an older guy who had been quite loose, called. The flop fell Q-10-9 with one spade and the big blind checked. I bet 1,900 into 2,750 and the big blind check-raised to 5,100. At this point I think he has a hand like KQ, QJ or JT so a pair and a draw and against such a range I have around 60% equity.
“I’m all-in” I said as I pushed my remaining 15,500 chips across the line.
“Call,” he said with a slightly worried look on his face, but he needn’t worry because he had fucking Jc-8c in his hand for a flopped straight. The turn was the 7s to give me a sweat and the river the 2h to send me to the rail.
I ran the hand past a few players and they said that even if I flat-call the check-raise on the flop, we’re getting it all-in on the turn anyway. Guess it just wasn’t meant to be.
Hung around DTD for a bit, played like a twat in a £1/£1 game and made my way home.
Played a small tournament online on Friday while I worked, a €1 rebuy on Betfred on the iPoker Network. All was going swimmingly until I min-raised to 800 with As-Ac from under the gun and the button raised to 8,000! I raise all-in for 8,900 in total and he calls with pocket sevens and then flops a seven to bust me. Win that and I have a stack for a deep run.
Onto the next one.