As every foreigner who stays in Thailand for a while knows, you have to get your foreign ass out of the country every now and again when your visa expires. 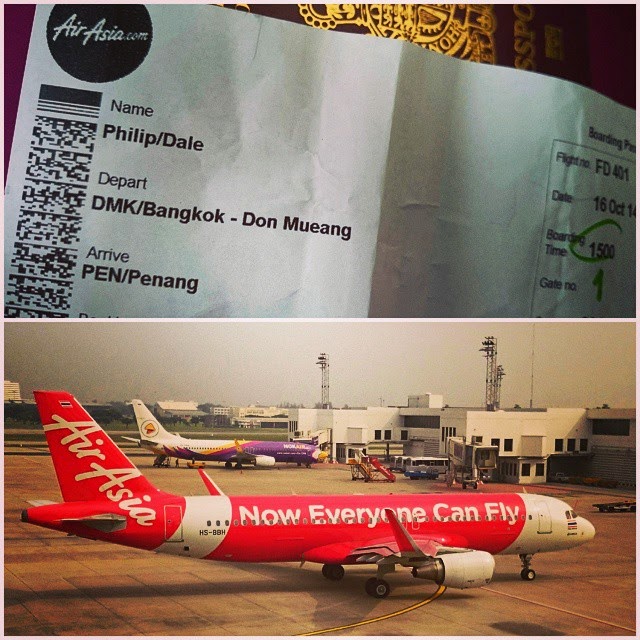 For some that is a major hassle, but for me it’s a good opportunity to visit some cool places. Penang in Malaysia is my favourite place to do my Thai “visa runs”.

On my most recent trip I checked into my hotel and immediately walked over to Chulia Street. It’s pretty much a mini version of Bangkok’s Khao San Road. That’s not a good thing. I hate Khao San Road with a passion. Basically wherever Lonely Planet says is the “hot backpacker spot” in a city is somewhere that I’ll do my best to avoid staying in.

I did have a good reason for going to Chulia Street, which was to visit my friend Jim who runs the Jim’s Place guest house. He’s the go-to man when it comes to getting a Thai visa with no hassle in Penang. Well, unless you consider the hassle of trying to get past the dozens of aggressive trans prostitutes that litter that street at night.

All I need to do is give Jim a little bit of cash, my passport and a few details then he fills out all the visa forms, takes the application to the Thai embassy and comes back with my passport and a shiny new Thai visa.

Jim is quite the character and his cynical Thai-related rants are worth the trip to his place alone. Not to mention the hilariously politicly-incorrect notices that he’s posted up in the guesthouse lobby wall. 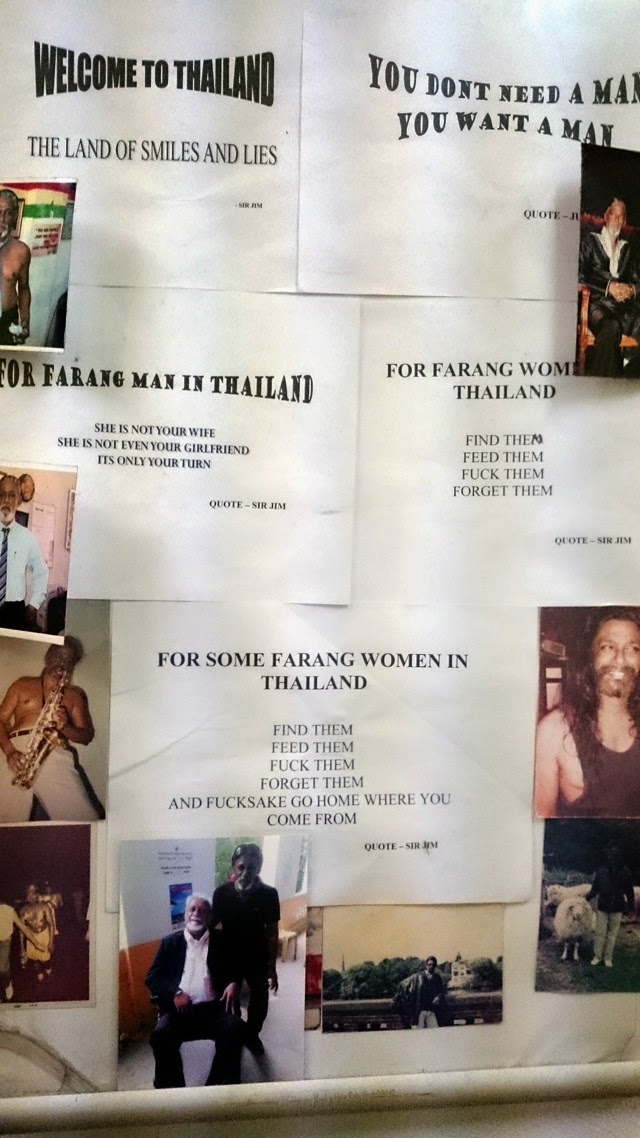 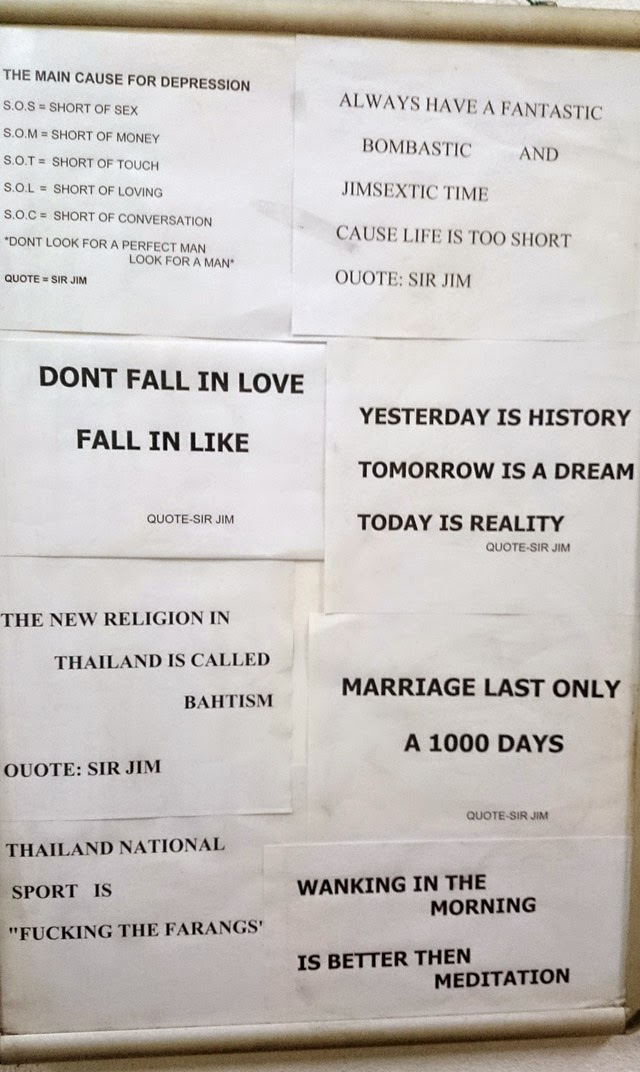 With “Sir Jim” taking care of my Thai visa I had a lot more time to explore, have adventures and eat the glorious food in Penang.

Penang National Park is my favourite place on the island. It’s 10 square miles of forest and sea, making it the smallest national park in the world. That means you can trek around the bulk of it in a single day. It’s free to enter and just a cheap public bus ride away from civilization.

Trekking through Penang National Park. Whole beaches to myself.

I’ve been to the national park twice, on separate trips, and loved the experience just as much the second time around.

I enjoy trekking through the forest in the heat and humidity and coming across beaches where I can take a break and cool off in the sea. Most of the beaches are completely deserted. Not a single human there. Plenty of crab-eating macaque monkeys though!

Penang National Park – a great place to hang out!

Hanging out in the rainforest at Penang National Park. #Penang #Malaysia

Penang Hill is the highest point of Penang island and can be reached by a quick ride on a funicular railway cart. 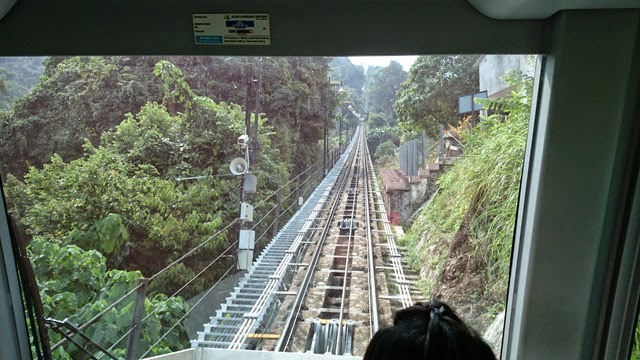 It’s a great place to escape the heat and humidity of Penang and get some beautiful views of the island.

Up top of Penang Hill.

Other than the main sightseeing places it feels like I’ve spent most of my time in Penang eating. Penang has a reputation as a food paradise. Basically there’s food everywhere you go and it’s all great.

The best places to sample a bunch of different foods  are the big outdoor food courts with dozens of hawkers such as Red Garden Food Paradise, which also has live music.

Red Garden is where I first sampled Char Koay Teow. It literally means ‘stir-fried rice noodles’ and is something similar to Pad Thai. Just as Pad Thai is in Thailand, Char Kway Teow is a national favourite dish in Malaysia,  A tasty bargain at only 5.5 MYR (£0.98 GBP / $1.48 USD).

I finished off the Char Koay Teow with a plate of Penang Rojak for dessert. It is chopped fruit and veg with dried squid, honey and sweet peanut sauce. All sorts of flavours and textures going on there but it somehow works.

Talking of desserts, I was eating plenty bowls of Cendol and Ais Kacang in the hot afternoons to cool down.

Cendol. Another ice cold dessert to get me through a hot afternoon in Penang. #Penang #Malaysia

and Ais Kacang is flavoured shaved ice with ice cream and all sorts of sweet treats.

The main types of foods that can be found in Penang are the same as the main ethnicities. Malaysian, Chinese and Indian.

All you can eat BBQ buffet. #Penang #Malaysia

And as far as Indian food goes, I found place that’s very popular with the locals called Restoran Jaya on Penang Road where most meals are around 5 MYR (£0.90 GBP / $1.35 USD). I’ve had many delicious cheap eats at that restaurant throughout my visits to Penang.

One thing Penang does have a lack of is pork. Malaysia’s populations is almost 2/3 Muslim so that would be the reason.

If you look hard enough you can find it though. Mostly in the Chinese places.

I always leave Penang with a full stomach. 🙂