Coincidently not long after my recent blog post (21stOct) the poker room at Grosvenor Coventry has made some quite significant changes to the blind structures for ALL tournaments.

This is a very positive step in my opinion as the structure is now virtually identical to the excellent GUKPT main event structure.

Compared to the old structure having the addition of the 75/150 and 150/300 and bringing antes in from 150/300 (level 5) makes a subtle yet significant difference.
Subtle in the fact that the donks won’t really notice the way the game will change, yet players with some post flop ability will have been given a little bit more edge over the field during the early stages.
Also the nits that sit and fold round after round whilst waiting to get dealt a premium hand will be bled dry of chips a little bit quicker. At the 300/600/50 level for instance it will cost 1,400 chips per round rather than just 900 and this will mean that if you are still on starting stack (10k) you are now in the danger zone.
The players who, in the absence of good cards, are prepared to make their own arrangements will have more chips in each pot to steal.  So although the game should take longer, in many ways it won’t because this new structure will create multi way action deeper into the tournament and force short stacks to get busy when the blinds/antes start to hurt.
Under the old structure it was always very noticeable that when the blinds went to 300/600 the table would tighten up significantly. This was the level when I looked to start opening pots as often as possible because the average player at Cov would now stop calling small raises.
At 50/100 making it 250 is never going to win the pot uncontested but an opening bet of 1,500 at 300/600 would often get both blinds to fold.
(For all the Cov regulars reading this can I just say I’ve decided not to raise with garbage anymore so if I do make it 1,500 at 300/600 it means I have AA, KK, QQ or AK and maybe AQ but only if it’s suited).
The new structure means that on a Friday for example it’s an hour later before we even reach that level so there will be far more 4 and 5 way pots. These are the pots where people get busted out of the tournament by getting married to hands like “over pairs” or “top pair top kicker”.
So all in all the blind structure changes are terrific and should make all comps there a lot better even the 15 min turbo ones.

I spoke to one of the (many) supervisors, James Gillard, the other night and he is clearly very keen to improve the card room. I first met James when he used to be a customer like me a few years ago when the G was called the Isle Casino. He was a decent player and very enthusiastic about poker generally which is a great advantage.

They haven’t just stopped there either they have made some small alterations to the schedule as well. Tuesday see’s the first ever 6 max at Cov which I’d quite like to play; the problem is that Cov just doesn’t get many runners on a Tuesday no matter what comp they run.
Although I went to the G Cov last Tues for the satellite into the £100 comp, I wouldn’t normally go there on a Tues as the Gala Birmingham has a fantastic £25 comp on. This week’s Tues comp at the Gala had 114 runners for a prize pool of £2,850.
The results posted here are courtesy of the Midlands Poker Forum. The Midlands Poker Forum is free to join by the way and is totally dedicated to poker in the Midlands, with news and schedules from every card room.
They also post up the results if the Card Room Managers (CRM) provide them. These were the pay-outs on Tuesday night at the Gala. (They obviously did some sort of deal)
£25 Deepstack – £1500 guaranteed
114 entries – £2850 prizepool
1 – M. Brown – £800
2 – M. Abdelkader – £460
3 – S. Armer – £460
4 – N. Roberts – £460
5 – H. Bhayat – £195
6 – P. Pratt – £130
7 – N. Banks – £100
8 – A. McDermott – £70
9 – Y. Xiao – £55
10 – V. Novakovic – £40
11 – N. Chambers – £40
12 – A. Durall – £40
That’s just an amazing comp for £25 and is definitely my preferred option on a Tuesday night.
It’s worth mentioning btw that from November the Gala’s new £100 comp starts and it has an UNCONDITIONAL £10,000 guarantee which is just awesome. I’m sure it will be a complete sell-out.
Anyway back to the G Cov.
The biggest positive from the NEW schedule is the change to the Friday night comp. Friday has been for ages a totally dreadful £15 comp that was my biggest bugbear about the card room. Friday is traditionally one of the busiest nights of the week in any casino so to serve up this garbage has always been a huge mistake in my opinion.
They recently changed it to a £50 comp but that hasn’t really worked for the card room and they have changed it again from November onwards. Although it made close to the £2,500 guarantee every week it seemed to kill the card room.  The cash tables have been virtually non-existent during the 8 weeks the £50 comp was running.
It will now be a £30 comp with a £1,000 (progressive) guarantee.  This is basically what I’ve been suggesting for 2 years, so I really hope it works. I think that the average player at Coventry will be far more comfortable with a £30 than a £50 comp and it should get some decent numbers.
The only danger to it is the “Once a month” £100 comp which is on the last Friday of the month. This means that casual players that turn up on the last Friday of the month for a game of poker and find it’s a £100 comp will leave disappointed. I don’t think having the confusion of a once a month schedule change is a good idea.
It worked fine with the once a month £50 comp (£5,000 guarantee) as only a dozen players normally play on a Tuesday anyway. But messing around with a Friday may have more people turned away disappointed. Obviously at somewhere like DTD they can just run both comps but I doubt that Cov could really handle that.
The cash games on a Friday over the last few weeks have been almost non-existent partly because the £50 was getting 20-30 runners less than the old £15 comp and also some of the cash game regulars who would never bother entering the £15 did start to play the £50 one. This meant that even the almost ever present “Table 11” game folded when the £50 comp started.
I do think that the “re-entry” factor also plays a big part in the cash game numbers dropping. In a straight freeze out when you bust out you have 2 choices poker wise, either play cash or leave the card room. Now there is a third option of re-entry and this will inevitably reduce cash game numbers.
Previously husband and wife teams or lads who car share would normally play cash rather than just sit and wait for the other car passengers. Now they can re-enter it does boost the prize pool and helps the casino make the guarantee (if there is one) but to the detriment of the cash tables.
From a player perspective the really good casino cash players do rely heavily on the “casual” or “occasional” cash player boosting their winnings on the softer weekend nights. Now these less experienced players can just re-enter the comp it stops them from trying their luck with £50 on the cash table. From the casino point of view not having cash games is a total disaster as let’s be honest no one ever makes a profit running tournaments it’s impossible.
The Gala in Birmingham had no option but to allow immediate re-entry as players would just leave and go to the Broadway and late reg for their comp when they bust early so it at least keeps them in the casino. That way at least when they bust after late reg closes the Broadways will be closed as well and they have a chance they’ll sit and play cash in their casino.
At the G Cov though that isn’t currently a viable option as they don’t have another card room two minutes down the road. (well not yet anyway) I feel though that re-entries are here to stay as it’s what most players want.
It will take a few weeks for people to know what the new Friday comp is and hopefully the players who used to play the £15 one but not the £50 will give the £30 one a shot.
I’m confident the numbers would definitely increase considerably once people realise about the new changes.  Also the fact that Fridays are now fully dealer dealt is a HUGE plus that has gone largely unpublicised and unnoticed. I have some friends who stopped going on a Friday ages ago because they will not self deal.

So you’d think that things were all going to be positive in future at G Coventry, well maybe not.

Sadly it may be, as the title of this post suggests, too little too late.
If Coventry is “Rorke’s Drift” and the G Cov is the British army, I’ve got bad news for them. The Zulus in the shape of “Genting Casinos” are about to appear on the horizon. The new Genting club opens on 23rdNovember. See Here. 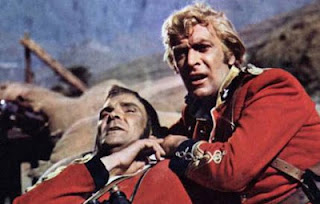