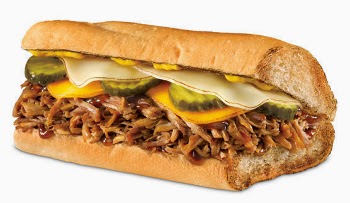 Day 24 was a bog standard day thanks to me having to begin work at 1:00 p.m instead of my standard 4:00 p.m. Actually slept during the night, which was a bonus, but I slept a little too well and didn’t get the chance to write a blog or an article before my stint in the casino.
I was reporting on the $2,500 No-Limit Hold’em event with Chad Holloway, something of a rarity for me. The reason for our shifts no coinciding much is Chad often covers non-Hold’em events such as stud and the draw games and I suck donkey dick at reporting on stud.
It’s always good working with Chad, not only do we have a similar sense of humour – which is a godsend in this job – but we’re both on the same page when it comes to live updates and this makes both our lives easier.
The tournament itself was nondescript, just your standard event, with the exception of the hand that burst the bubble. I didn’t see the flop and turn action but a guy called Oleg Badmayev checked on a 8h-6c-8d-5h-Ts board and was facing an all-in bet from a player a couple of seats along. Badmayev sat pondering his options for close to five minutes and I was 100% certain he was going to fold and show something like pocket nines, but amazingly he called with a pair of threes and was good against Jh-7h. A superb call and one I doubt he would have made online.
Highlight of the day was a spicy pulled pork sub from somewhere called Quiznos, which bills itself as the home of the Toasted Sandwich. It was basically another version of Subway to be fair, but the sandwich was superb with just the right spiciness and was a little boost to morale, just what I needed to see me through the last four hours of the day.
Headed home to the Extended Stay, watched an episode of The Sopranos, ate some beef jerky (I’m fucking addicted to the stuff) and headed to the land of nod.
Not the most interesting of days I’m sad to say, but I can’t go around offending prostitutes and getting pissed up on Long Island Teas every night of the week. Sometimes, in this job, you eat, sleep, work, repeat.