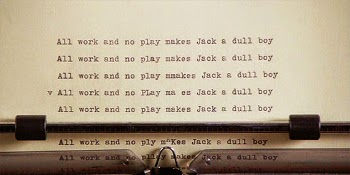 Day 26 was yet another day dominated by work, but such is the life of a poker tournament reporter.
My sleep has gone to shit again and I’m starting to feel drained so have taken to popping some vitamin C pills to help the old immune system out. Should have been working on the $5,000 No-Limit Hold’em Eight-Handed tournament with my good buddy Josh Cahlik, but he’s got some sort of man-flu going on and headed home when I got in so he could get some much needed rest and to avoid giving the other bloggers the aidz.
Instead of working with Josh, I again worked my Chad Holloway so all was not lost. Saying that, I’ve enjoyed working with everyone this summer so I’d have been happy with working with whoever.
The tournament itself passed without incident, as most do, and my day was made easier by the fact the field was stacked with big names. When you have a tournament where every table has three or four well-known players it’s a much simpler day for you because you don’t have to spend every five minutes asking for players’ names.
As the tournament Chad and I were covering was at its first day we had a 90-minute dinner break and decided to take advantage of the extra half-hour by heading to the Gold Coast and the Noodle Exchange in particular.
We ate there a couple of times last summer and it’s spot on, especially for the price, and the kung pow chicken, fried rice, spring roll and fortune cookie were a nice little morale boost to pick us up and see us through until the end of the night.
Finished up work, Chad drove me to the Extended Stay meaning I am now 26/26 for not getting shot, maimed or raped on my way home – long may this continue. Wrote a quick article so that there was fresh content on the UK PokerNews site for the morning and hit the hay.
Another non-action blog, but that’s how I roll sometimes. Day off tomorrow.