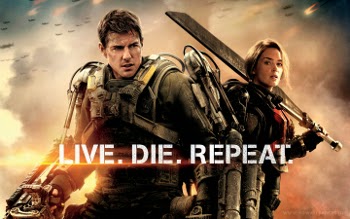 Had another day off live reporting duties on Day 27, yet I spent the vast majority of it working on various bits and pieces that I had fallen behind on.
Can’t remember how many articles I wrote, all I do remember is that I started typing away at around 1:00pm and finished for close to 8:00pm, stopping at some point in the afternoon to make a chicken dinner of sorts.
As I didn’t want to go out boozing and wasn’t really in the mood to play any poker at the casino – I did consider playing online – I looked for things to do. I really want to go see one of the Las Vegas shows, but they’re so pricey and I’m not exactly flush with dollar bills at the moment so crossed that off the list. Someone said that if I went to one of the cut-price ticket outlets I could probably get a huge discount as I would be on my lonesome. Maybe I’ll look into that on my next day off.
Eventually settled on heading to the cinema at the Palms across the road where there was a 9:35pm showing of the new Tom Cruise move Edge of Tomorrow. It was being shown in 3D IMAX and having never seen a film on IMAX I was sold.
Only cost $17 (approx. £10) and that included the hire of the 3D glasses. The glasses were like a welder’s mask they were that big. Arrived at screen eight about a minute into the film and was pleased that it wasn’t packed out meaning I didn’t have to hunt for a spot to sit.
The edges of a couple of the early scenes seemed a little blurred at first, but I think it may have been my eyes adjusting or something because the rest of the film looked amazing. My TV at home is 3D yet we’ve hardy watched anything in 3D. I think in future that I am going to watch most of my films in 3D because regardless of what the naysayers say about it, if shot properly 3D adds a lot to the film.
Not going to spoil the movie for anyone who hasn’t seen it by telling you what happens, but what I will say is that if you are a sci-fi fan then it definitely worth a watch. I looks superb, some of the action scenes are extremely intense and I found it entertaining from start to finish. The fact some of it is shot in London and there are loads of Brits in it did not have an influence on my opinions – honest.
By the time the film had finished it was almost midnight and I thought I was ready for bed. That was until I stepped outside, got hit by the warm fresh air and immediately got a second wind. The kids were in bed so couldn’t speak to them, so I attempted to go to sleep. Gave up after an hour, realised it might be because I was starving, got dressed again and went over to the Gold Coast.
My mate William Powell wrote a great blog for PokerStrategyabout him losing at Pai Gow Poker at the Gold Coast so I followed in his footsteps and had a go. Although I’d never played the game before, I knew the rules from the many casino articles that I had written in the past and wanted to give it a try. The odds are obviously stacked in the house’s favour, but they are only just so if you play a proper strategy and don’t make the sucker bonus bets.
Anyhow, long story short, I broke exactly even after about 90 minutes of play, binking a straight flush to push me back to exactly where I started. That’s a good result where I am from!
Bought some buffalo wings from the TGIs to satisfy my need for (1) chicken and (2) something spicy, headed back to the Extended Stay, watched The Sopranos while I burned my lips off with the wings, popped a couple of Nytol sleep aids and hit the hay.
Next day off is Saturday and I am hoping to get all my work done prior to it so that I don’t have to do anything. I need to do laundry, but apart from that nothing with a bit of luck.