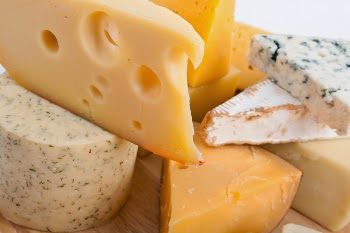 Everyone knows that you should avoid cheese before bedtime otherwise you run the risk of have a night of weird and wonderful dreams or even nightmares. With that in mind I can tell you that last night I decided to have some cheese as a pre-bedtime snack.
I always thought the whole cheese-before-bed story was a load of old bollocks, mainly because eating mouse food never gave me dreams. There are usually completely bat shit crazy to be had after I go for a curry and a few beers, but cheese had never affected me in the slightest – except my waistline obviously.
After chomping down some American cheese the other night I can now admit that I was wrong about cheese causing dreams. Maybe it was a mixture of being too hot, dehydrated and a belly lined with dairy goodness, but some of the shit that was flowing through my head was pretty fucked up.
Remember waking up at least twice and each time said out loud “what the actual fuck?” One was a bit nightmarish that I think was fuelled by having watched Edge of Tomorrow the previous night, and another was like I was tripping. Everything I saw was covered in a flowing psychedelic pattern, much like those visualisations you can put on the media player when you’re listening to music on my computer.
LSD cheese FTL.
Spent most of the day reporting on the $3,000 No-Limit Hold’em event that started with a 992 strong field and ended with 205. The fields are that large at the World Series of Poker that they are akin to reporting on an online tournament.
One important part of the job is to find the chip leader at the end of the night so the photographers can snap them so they get their five minutes of fame and so we have a nice image to accompany our end-of-day recap of the action.
We were 100% sure that a guy called James Mackey, known as Mig.com online, was the chip leader, got a photo of him and then wrote a recap with him as the leader. Except he wasn’t the overnight chip leader, some other twat snuck in at the last minute and pipped him by a handful of chips.
Sometimes, poker players like to write the wrong information on their overnight chip bags for no other reason than they think they’re funny. They also give fake names when asked at the table if you don’t know who they are for whatever reason. If ever you do either of these things then you’re a cunt. Pure and simple. The job’s hard enough without douche bags thinking they’re the next Peter Kay or whoever.
Been itching to play some poker myself and I might just do so on Saturday when I have a day off again. WSOP.com still won’t accept my passport photo nor will they tell me what’s wrong with t, instead they choose to ignore my emails. They obviously don’t need the money. Probably for the best to be fair because I can’t really afford to soak up any losses at the mo, such is life. Roll on payday.