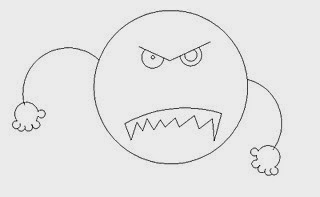 Those of you who have followed these ramblings from the start are no doubt fed up with me constantly moaning about how tired I am due to having little in the way of solid, unbroken sleep on a night.
Back home, I am used to having little sleep. As a rule, I go to bed around midnight – later if I am playing poker online – and then the kids are up at the crack of dawn, usually around 6:00am. Six hours is usually enough because once in a while I force the Mrs to get up with them and I get a bit of a lay in and the cycle repeats itself.
I’m not suffering from jet lag at all, although I did for a couple of days when I first arrive, but my sleep pattern is shot to shit. For the past couple of weeks, I’ve been finishing work at the World Series of Poker for around 2:00am, returning to the Extended Stay half hour later and not feeling tired or ready to sleep until sometimes 5:00am.
The problem lies in that I then don’t drag my carcass out of the sack until close to lunchtime, sometimes a little later, feel groggy, head to the casino for the cycle to continue. It’s difficult to do this job and try write articles for the UK PokerNews site at the best of times, never mind when you feel like an extra from The Walking Dead, so I made the conscious decision to break the vicious circle.
Today I set my alarm for 9:00am despite not hitting the hay until close to 4:30am. As soon as my phone’s alarm sounded, I made myself get out of bed, brush my fangs and jump into the shower. I then drank close to a litre of water that I’d left chilling in the fridge, got dressed and was in the Rio All-Suite Hotel & Casino for 10:00am.
Doing so meant I had time for breakfast, a coffee, a quick chat with the kids and a couple of pieces of work that needed completing, all before I needed to start work. Hopefully my plan of being able to sleep properly will work because throughout the day I was yawning my bollocks off despite not feeling as tired as I looked. I guess we’ll find out soon.
Work was covering Day 2 of the $3,000 No-Limit Hold’em event in the ice-cold Amazon Room. There was an added interest in this tournament because there were a number of British players among the returnees. While we have to try and remain impartial when reporting on these events, every blogger wants to see their fellow countrymen do well and it adds a buzz of excitement when the make it into the money places.
James “Flushy” Dempsey, Ludovic Geilich, Barny Boatman, and Sunny Chattha managed to progress into the money places and secure some profit for themselves, although no Brits ended the night with any chips.
Keep an eye out for Sunny Chattha in the PokerNews blogs because I have a feeling he’s going to go super deep in an upcoming event. I met Sunny, whose brother is fellow pro Chaz, for the first time this summer and having written articles about his exploits back home, he recognised me. I spent a few of the breaks chatting with him about poker and general chit chat. He had a terrible seat draw for a lot of the $3,000 event yet still came out of the other side with stacks of chips.
Top player and a top bloke to boot.