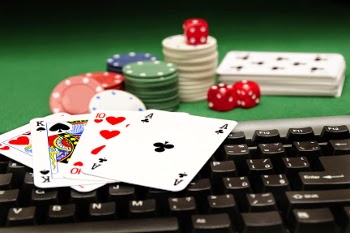 Been itching to play some online poker tournaments, but it appears that WSOP.com, one of the legal sites in Nevada, won’t be taking my business.
Those of you who have been following my daily updates on these pages may remember that a recent trip Downtown ended in disappointmentwhen none of the casinos there were prepared to open up a Mississippi Stud table despite four of us wanting to play. It was a bizarre situation considering the casinos in Las Vegas will do anything to relieve you of your hard-earned beer tokens.
It appears that WSOP.com is following in a similar vein judging by the hoops I’m having to jump through to fully open an account with them.
I signed up for an account a couple of days ago and part of the registration process is to send them a copy of your ID. This is pretty standard in the poker industry, more so in the recently regulated world of online poker in Nevada. No problem, or so I thought, I’ll do what I do with sites back home and use my phone to take a photograph of my passport.
Did this, ensuring that you could read everything on my passport and sent it via their secure upload facility. An hour later I received an automated reply informing me that my “documents were unclear” and to resubmit. I thought this was strange considering you could even make out the fingerprints on the photo pages, but took another 20 megapixel image and sent that off.
Another hour passed and I received the same automated email. Not to be deterred, I took another photo, uploaded it and put a message in the notes field asking them to tell me what was unclear if this image did not pass their checks. An hour went by and I received the same fucking automated bullshit email, with no mention of how to rectify the situation.
Decided to fire support an email, received the standard reply saying my email was in a queue and all that gubbins, then I received this:
“Matthew, thank you for submitting the copy of your passport again. As previously advised, this document has been accepted. Kindly note, in addition to the passport, we will need a copy of a Utility Bill or Bank Statement to verify your address.”
Great, we all carry these around with us when travelling, don’t we? The statements I can pull from my online banking don’t have my address on them, plus there is the problem of not brining my printer with me in my suitcase.
I let them know that I am only travelling in Nevada and that I don’t have these documents with me. They have told me they will accept a screenshot of my bank statement as long as it has my full account number on it, but as I mentioned, my online statements don’t have my address on.
With that in mind, it looks like being able to play some micro-stakes tournaments on my day or after work is off the agenda. I have a VPN that I could use to cheat my way onto some sites back home, but I don’t want to risk having my accounts closed, especially as I have a decent rakeback deal on the sites I would use.
Guess I’ll have to wait until I return home and get paid before sticking any cash online. I’m itching to play too, I always am when working at tournaments, but even more so this time around as I feel I have learned a lot from watching the best players in the world and talking to some top poker talent during breaks.
Until next time, happy grinding.