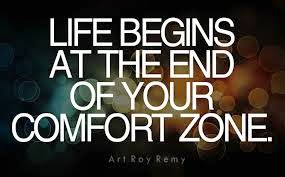 Before I restarted this blog in time for the World Series Of Poker I wrote a now-deleted entry detailing how I was going to make some life changes in order to increase my fitness and quality of life. For one reason or another – mainly that I’m a lazy twat – those changes never happened at the time, but upon my return to the good old United Kingdom I will be making some sweeping changes to many aspects of my life.
The first one I am making is to exercise at least three times per week and gradually increase the number of days I do so. Prior to coming to Las Vegas we bought a treadmill so I am going to start there, I think. Probably start with brisk walking foe the first dozen or so sessions because I’ll probably have a heart attack if I start jogging from Day 1, but also because the last time I tried running I was in so much pain for three days after that it put me off doing any more.
Once my fitness levels have increased I’ll mix in jogging and plan to go swimming too. As a youngster I used to love swimming and remember my dad dropping me off at the baths on his way to work a few times when it was the summer holidays. I’m thinking that swimming would be the best exercise option all round with it being extremely low impact, so maybe I will start with that?
Another area that has to change is limiting the amount of booze and bad food from my diet. Both have a dramatic effect on mood, energy levels and general wellbeing. Not going to be cutting booze completely because I like a beer, but I’ll be cutting down dramatically, especially on a school night, in an attempt to reduce my calorie intake, reduce monthly outgoings and be healthier all round.
Lastly, I’m going to try and change my attitude towards most things. I’m a naturally negative person and my first reaction is always to fear and think of the worst. I’ve worked alongside some very positive people this summer and I guess it has rubbed off on me.
The reason for the upcoming sweeping changes are that I have had a LOT of time to think over the past month. Being by yourself does that to you. I’ve thought about my health now and what it could be like in 10 years if I carry on as I am.  I’ve thought a lot about my kids, how they perceive me and how I want them to be, and what kind of a person, friend, boyfriend and son I want to be. Thinking about it, I’m failing on all front of the lofty standard that I have now set myself, hence sweeping changes.
Seeing some of the obese people here in the U.S. has opened my eyes, as has the Mrs telling me stories about the old folks she used to look after. Then I thought about my kids and tried to imagine what they would go through should something happen to me, something that I caused from being fat and unhealthy. I can’t even start to think about how I’d cope if something happened to mine and I’m 33-years old, never mind if something should happen to me while the kids are still kids.
I want my kids to remember me as the fun dad who ran around like a dickhead with them, not one who was out of breath after five minutes and wanted to sit on his arse playing on the Xbox supping a can of cider while moaning that it’s time for them to go to bed.
A friend of ours, who is married with a lovely little girl, faces the prospect of having radiotherapy and even surgery on a long-running brain problem, yet you would never know. Her and her family are the happiest, smiling, caring and positive people I think I have ever had the pleasure to meet. They don’t mope around being miserable and grumpy, they have a positive outlook on life and enjoy it as much as they can. That’s what I am going to do.
It’ll take time for the changes to fully come into effect, but they’ll be worth it in the long run.
I can’t change the past, but I will shape the future.