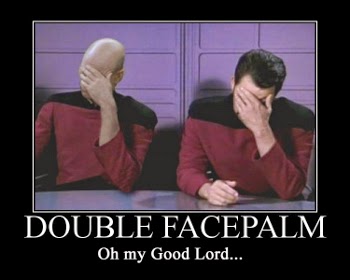 My sleep pattern has gone to shit again these past couple of night, although I am not feeling as tired as I was earlier in the trip and I’m putting that down to drinking enough water during the day to fill a couple of Olympic-sized swimming pools.
The old nosey neighbour fucked off a while back and was replaced by a new breed. One who for the first two days of their stay nosily threw up – is there any other way – for half hour each morning. One who thinks it’s a good idea to have full-blown screaming matches with its kid at unholy hours of the day. One who seems as thick as shit in a bottle neck.
For the past three nights, I’ve been woken up by this woman screeching and shouting in the early hours of the morning, usually around 6:30-7:00am. Back home I would be up and about at this time, but here in Las Vegas I’m often not going to bed until 4:00am so being awoken in this manner after a couple of hours sleep has started to really fuck me off, so much so that I actually went around last night and said something.
The last time I looked at the clock on my phone it was gone 5:00am after tossing and turning for an hour or so. Then at 6:45am the screaming started. Stuck some clothes on, wiped the eye bogeys from the corners of my eyes and headed to the room next door.
Knocked on the door and an overweight woman in her late thirties early forties answered. The look on her face was one of “what the fuck.”
“Excuse me,” I said being typically British, “You’ve woke me up at stupid times on a morning for the best part of a week with your constant shouting and screaming at each other. I’ve got kids myself and know they often need telling off, but I don’t think you appreciate how thin these walls are.”
*vacant look*
“I often don’t get home from work until 2:30-3:00am and then you start at each other a few hours later.”
*vacant look*
“Any chance you can try not killing each other before around 9:00am?”
“I’m sorry, it won’t happen again,” said the woman as she shut the door on me.
Climbed back into bed feeling satisfied with myself and ready to go to the Land of Nod for a few more hours. The smugness was wiped clean off my fat face a few minutes later when the woman and her kids started arguing about waking me up every morning! For 90 fucking minutes! Seriously, I don’t think she got the point of my request.
Hopefully the pair of them will move on in a few days and aren’t replaced by another set of morons.