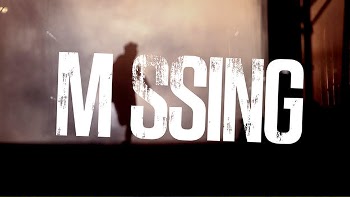 I’d love to be writing a blog post about how I went wild on the Strip, sank $200 worth of cocktails, won $1,000 playing blackjack, lost it playing roulette than won three times the amount grinding a cash game somewhere on my day off, but the truth is I’m a boring old fart and spent my day off working.
Next door must have finally got the message because I slept all the way through until around midday and wasn’t woken up by a fucking banshee screeching its head off. Before I’d gone to bed the previous night, the internet was completely wank so I didn’t even fire it up after I got dressed, instead I headed to the Rio where there are hard lines that are pretty decent.
Arrived at the Rio for around 1:00pm and basically worked on various articles until almost midnight, stopping occasionally to steal some of the free stone baked chicken and jalapeño pizza that a firm called Grimaldi’s dropped off for the WSOP media people. Was tasty while it was cold so I’d love to try it while it was hot.
Finished my work, spoke to the rugrats via Skype, had two comped beers at the Rio’s sports bar, chewed the fat and headed back to the Extended Stay. Had some grub, watched the second half if Inception that I’d started watching the night before and then went to bed.
During the day I discovered that a prominent German poker pro called Johannes Strassmann had gone missing while he was in visiting friends and some fellow high-stakes cash game grinders he had been coaching in Slovenia.
While on a night out with them, Strassmann was separated from the group and hasn’t been seen since. This was on June 21 and there hasn’t been a peep from him at all since. No phone calls. No texts. No social media. Nothing.
It seems that poker players, especially the high-stakes guys, are being targeted at the minute with so many stories of theft going on. At European Poker Tour Barcelona, a few high-stakes guys had their laptops stolen and then they mysteriously reappeared shortly after. One player took his machine to F-Secure, an anti-virus company, and they discovered a Trojan had been installed that would have allowed people to see his screen while he was playing.
Here in Las Vegas, there have been reports of money and laptops going missing from rooms, although that was early in the World Series of Poker and nothing has been reported since. Now there is this.
I hand-on-heart hope the Strassmann case ends up being some crazy misunderstanding and that he shows up back in Vienna (where he lives) wondering what the fuss is all about. Here’s hoping.
Stay safe people.