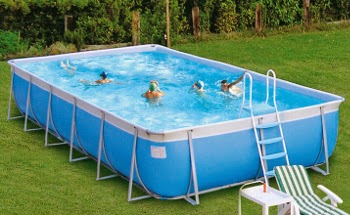 Despite having had my haircut only a couple of weeks ago, my mop was starting to resemble a Dandelion clock and was in urgent need of being taken down to the wood. The old guy at the Gold Coast barber shop was away when I went in, plus I wasn’t overly eager to part company with $20 plus tip for shaving my bonce, so Jason Ainsworth agreed to let me borrow his clippers that he’d brought from home.
These clippers were awesome. You know how Americans have to do everything bigger and better than anyone else? Well, it extends to hair clippers. These bad boys, although battery powered, were immense and I swear they could have chopped down a couple of the palm trees outside, the ones where the tweety bastard birds sing their knackers off all day long. It’s fair to say I was back being a balder in a matter of minutes and no longer sporting a white afro.
Headed to the Rio where I was working on Day 1 of the $5,000 No-Limit Hold’em event with Mo and after a couple of hours watching some of poker’s elite play the game I love, it was dinner time. We get 90-minutes dinner break on Day 1s, which is more than enough time to do whatever you want. I wasn’t exactly hungry after eating a couple of suspect burgers in the dealer break room, but had a craving for some grape Gatorade so decided to top up my Vitamin D and walk to the nearby mini-mart to buy some.
The heat and intensity of the sun even at 6:30pm was almost unbearable. Unless you’ve experienced the dry desert heat of Las Vegas you can’t even start to imagine what it is like out here. On the way to the shop, I started getting stabbing pains in the lower part of my guts, which I know from experience is a tell-tale sign that I need to drop the kids off at the pool. The cramps started to get worse and I thought I was going to shart in my pants and that wouldn’t have been ideal.
Bought my drink, drank most of it on the way back and considered heading back to the Extended Stay to evacuate whatever it was that was causing me some grief. Made a few rough calculations and came to the conclusion that I’d have shit myself by the time I was three-quarters of the way home, so headed back to the Rio.
Got inside the Rio and out of the scorching heat and made my way to the gents, where I discovered half of the world needed a piss so the cubicles were full. Had to follow a guy in, but thankfully he’d not had a dump, instead he’d kindly coated the bowl in a couple of litres of piss. How thoughtful. Mopped up the 20 different types of piss, wiped the dried on piss from the seat and flushed it away.
It was at this moment I thought I had entered an actual bathroom and was about to lay some cable in a bathtub. Have you ever been to an American toilet? There’s so much water in them it is untrue. The picture above is an actual American toilet. I swear I saw Michael Phelps doing a few laps in the pisspot before I sat down. Not only that, the water is so deep and the bowl so low down that you have a hell of a job on not dipping your dick in the water underneath you! Fuck knows how you guys with big dicks cope here, you probably get to wash your bellend each time you go for a dump.
Won’t go into details about my liquid-poops, but will say that my “experience” was made all the worse by the fact the guys in the cubicles either side of me continued their conversation by shouting at each other mid-fart and giant, noisy splosh. Really dudes? You couldn’t until you’d finished having a Brad Pitt to carry on your conversation. ‘Merica.
Thankfully, whatever had irritated my bowels was now gone and I could get on with the rest of my shift safe in the knowledge that I was not going to fire a Guinness milkshake out of my bullet hole. Life’s all about these minor victories.