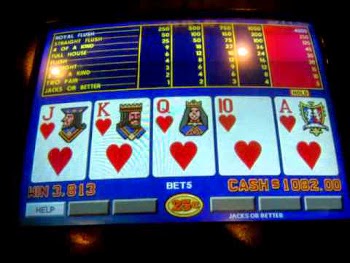 Day 37 was my penultimate day off live reporting duties, but once again I spent the most of it attempting to catch up with some work that I had been neglecting. I hadn’t been shying off my “normal” work on purpose, I basically have been sleeping, getting up and heading to work for the past few days so I simply didn’t have time to complete anything.
Finished up around 20:30 and decided to sink a couple of cold ones at the sports bar inside the Rio. After knocking over my first free beer, the barman kindly gave me another freebie and then a woman sat down beside me, ordered an ice water with an olive in it and then started to chat to me.
Straight away I knew she was a brass and then when I saw her mouth it 100% confirmed it. This bitch could have eaten an apple through a tennis racket, it must be the meth or crack that fucks them up. Anyway, I basically ignored her and she stopped pestering me before starting on some other poor, unsuspecting soul a couple of seats away.
Headed back to the Extended Stay where I fired up my laptop and checked Twitter and al that shit. Realised I had no beers in my fridge so arranged to meet Jonathan Zaun when he finished work so we could walk up to Terrible’s garage to restock.
Then I noticed a tweet from Laura Cornelius who I have worked with dozens of times before that said a few Brits were in the bar of Palms Place, so Zaun and I headed there on our way to the garage for a sneaky beer.
Said hi to a few of the people who I knew and then the plan was to go to a bar called The Loose Kaboose. I headed off with Barny Boatman, Zaun, Jerome Bradpiece and Jerome’s girlfriend Sarah. Within minutes of arriving, Sarah hit a royal flush on the video poker machine for a $2,000 score. The bar said it didn’t have that kind of money on site and had to call the firm who owned the machines.
Sarah and Jerome were great and decided to treat us all to a round of drinks, followed by some food in the attached diner, followed by another round of drinks. We all chatted, took the piss and it was a really enjoyable night, even despite only drinking five or six beers (not pints). Sarah finally got her money some 90-mins to two hours later and we said our goodbyes, headed to Terrible’s as initially planned and then back home to the Extended Stay.
Watched an episode of The Sopranos and then hit the hay with a smile on my fat face after an enjoyable, if unexpected and tame, night off in Las Vegas.