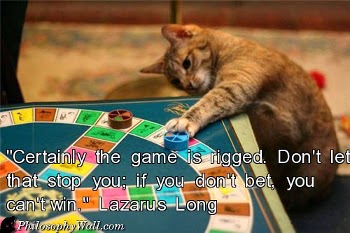 Woke up fresh as a daisy thanks to behaving on my day off and not drinking enough beer to sink a battleship – maybe drinking less is the future – and made my way to the Rio where I was covering the Monster Stack event, a tournament where players started with 10 times the buy-in in chips instead of the usual three times.
The big starting stacks attracted plenty of big names and a decent number of them made it through to the second day that Jason and I were reporting on. My job is more fun, and easy, when there are some stellar names to cover so I was looking forward to it.
One of the players I like to see do well is fellow Brit Mathew Frankland, who I think is among the best in the world. This guy is an absolute beast and it is only a matter of time before he helps himself to a massive score and gets the recognition that he deserves.
Jason and I headed to the All-American Diner on the dinner break and “Franky” joined us for a steak dinner, which was remarkably good to say it only cost $25. I ate there once last year and enjoyed it and will probably eat there again before I return to Blighty.
The reason for the title of this blog entry isn’t really that I think live poker is rigged, but more tongue-in-cheek. Everyone takes the piss out of online poker sites such as PokerStars, saying they are rigged and that miracle cards land on the river with alarming regularity. Sometimes this is true, but I can tell you something for nothing, live poker is no different.
I lost count of how many times an ace appeared on the flop to break the heart and dash the dreams of a player or how many times a pair managed to hold despite the all-in player having a million and one outs. One hand in particular stood out, the one that eliminated Jason Wheeler who is a beat online.
At the 15,000/30,000/5,000a level, Wheeler opened to 60,000 with Ts-9s and called when a French guy called Clement Giraudo-Pourchot three-bet to 125,000. The Frenchie continued with a 150,000 bet on the Q-Q-J flop, Wheeler moved all-in with his open-ended straight draw and la Frenchie called with pocket aces. An eight on the turn gave Wheeler a straight, but another queen on the river improved our French cousin to a full house.
How many times online do you see the old suckout re-suckout and think that the Random Number Generator (RNG) is pulling your pisser?
All trip I’ve seen horrendous beats that we have joked are “online hands.” It has certainly opened my eyes and I won’t be moaning about bad beats again anytime soon.
Didn’t get finished with work and back to the Extended Stay until gone 3:30am and have to be back on the tournament floor for 1:00pm so Day 39 will almost definitely be seen through red, blurred eyes.