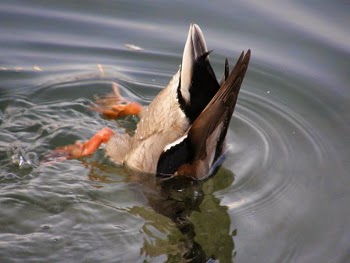 One of the great things about poker is you can play any style that you wish, as long as it is within the rules of course. Some players choose to play a tight style – only premium holdings – while others adopt a looser style – lots of different cards – but one guy yesterday played a style that was so ridiculously tight that I had never seen anything like it. Tight as a duck’s arse springs to mind.
Jason and I were covering the final day of the $1,500 No-Limit Hold’em event where there were some decent players competing for the $582,321 first place prize and the commemorative and much sought after gold World Series of Poker bracelet.
Among the 16 still in contention for the title was a Canadian amateur called Michael Ferrer who had no previous tournament cashes to speak of, but now has one of $361,207 to shout about, a result that puts him 155th in Canada’s all-time money listing. How he managed to bink such a ridiculous amount is beyond me, but he did and fair play to him.
Relatively early after the restart, Ferrer raised to 40,000 on the button and faced a three-bet to 100,000. He thought for a couple of minutes and folded Qh-Qd face up, despite being around 50 big blinds deep again his opponent!
Later he would fold Ad-Kd to an eight big blind shove and when he doubled up I angrily tweeted that my work day had increased by two hours.
He eventually found himself heads-up against the Asi Moshe and was raising four-times the big blind! He was eventually coolered when he made a wheel on the river and Moshe held a six for a higher straight, bringing an end to the torture and giving Jason and I a nice early finish at around 10:30pm.
Headed to the sports bar in the Rio here I got a free drink from Jon Zaun and then one from Jason who agreed to buy me a beer in exchange for writing the end of day recap, had another swift one at TGI Friday’s with Jason, bought some chicken wings and headed back to the Extended Stay with morale nicely boosted from being able to relax before heading home.
Watched an episode of The Sopranos and hit the hay ready to start work the next day on the Little One For One Drop, a $1,111 buy-in tournament that usually has a huge field.