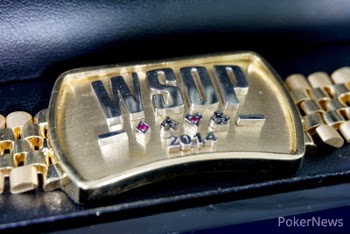 At the end of Day 40’s blog, I mentioned I was going to be covering the Little One For One Drop, but got it wrong because that doesn’t start until Day 42. Instead, Jason and I covered the Mixed Max event, a popular tournament that I think would be good fun to play.
Day 1, which happened yesterday, starts with players playing nine-handed and play swaps to six-max on Day 2, then four-max and finally heads-up. There were plenty of big names left in the field and it’s always fun to watch how they handle themselves. You can always tell who the top talent is, even if you don’t know their names because they always seem calm and composed despite being under a lot of pressure.
I covered a few hands played by Brandon Cantu, who has the nickname “Any Two Cantu” because of his ridiculously loose-aggressive style of play. His aggression is through the roof and I imagine he’s a real pain in the arse to pay against, but I can’t help but think he’ll come unstuck against better players.
Weaker, less experienced players panic when they see Cantu check-raising, three-betting, four-betting and setting them all-in every five minutes, but good thinking players surely call him down lightly? I guess many avoid him because they don’t want to take a high-variance route, instead preferring to trap him with strong hands. Regardless of what you think of him, you have to doff your cap to him, if only because he’s entertaining to watch. Hopefully he is on a final table that is streamed so I can see his hole cards.
One of my favourite players made it through to the final day’s play so I’ll be rooting for him to win his first bracelet. Mike “SirWatts” Watson has over $7 million in live winnings and it a total fucking boss. I’ve never seen him get flustered and he always seems to be there or thereabouts when the money starts being awarded.
I got to see Watson heads-up at a World Series of Poker Europe final table in Cannes and the concentration and focus he showed there was immense. On that occasion, Watson lost to Tristan Wade, another great guy who I like to see do well.
Won’t be reporting on Day 3 of the Mixed Max, instead I am switching to the Little One For One Drop. Although I’d like to have finished the Mixed Max, the Little One only plays eight hour-long levels and has no dinner break so I should be finished working for around 10:00pm and that, my friends, would be awesome.