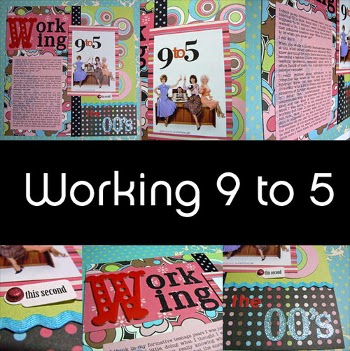 Whenever I get into a conversation about what I do here in Las Vegas, which happens more than you might think, the most common reaction is one of awe and that’s followed by telling me how lucky I am to do what I do.
Of course, this is true to some extent, I am lucky to be able to work in the poker industry, to be able to see the best players play the game I love for vast sums of money in front of my very eyes. All four of them. Non-poker tournament reporting people can’t quite grasp that you’re actually at working despite enjoying it and that a typical day is usually at least 12 hours long and sometimes in excess of 14.
While days off on live reporting duty are as rare as rocking horse shit, early finishes are as rare as white dog shit, which anyone who is over the age of 30 and from the UK will attest to. Where has all the white dog crap gone? I remember standing on some as a kid and it was like a pumice stone that crumbled away. I’m guessing it was all the shite in the dog food back then. Regardless, you never see white dog shit anymore and we hardly ever get a short day in this job.
With that in mind, imagine my delight to discover that the Little One For One Drop tournament that Jason and I were reporting on only had eight hour-long levels, with a 20-minute break every second level and no dinner break. Can you say FUCK YEAH?
As soon as I arrived I asked Jason if he wanted to grab a pizza when we had finished work because every night when I return home to Chez Pud at the Extended Stay, there is at least one pizza menu shoved through the door. I think the not-so-subliminal message from the pizza guys finally got to me and my craving for pizza needed satisfying.
The tournament itself was about as interesting as I’d find pushing screws through my scrotum, but it was over fast enough and despite missing the end-of-night chip leader, it went without a hitch. And was only nine hours from start to finish, meaning we were packed up and heading to a local pizza place for around 9:00pm!
Jason and I attempted to cut through the employees car park, thinking it would be a better route to take than walking around the vast Rio. When we arrived at the end of the car park we realised that the entire thing was fenced off with one of those spike-topped metal gates. I wanted pizza so was prepared to climb over a concrete structure that was conveniently placed next to the only section of fence without bollock-ripping spikes on it, but thankfully many people before us must have had the same problem and one of the bars of the fence had been bent backwards. Again thankfully, my fat arse fit through and we were on the way for much needed pizza.
We decided to share a pizza that had the perfect porno name in it was called 14” Meat Lovers. I’m pretty sure I’ve seen the first three volumes of that movie. The pizza itself was OK, filled a gap and was cheap so I can’t really complain, but after having a slice of a pizza from a place called Grimaldi’s a few days previous I have to say it was nowhere near on the same level.
Bought some shit from the mini-mart next door, not actual shit although I am sure you can buy people’s logs somewhere in Vegas, headed back to the Extended Stay, caught up with work and chilled out knowing the next two days were not going to be spent working.