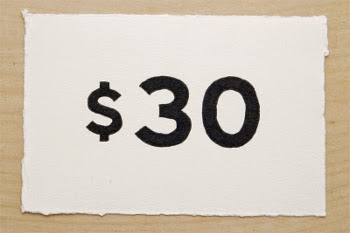 After my $250 win on Day 43, I was full of confidence and itching to play in a tournament. William also had a day off, as did Zaun, so we agreed to meet up and play in a $100 buy-in tournament at Planet Hollywood.
The tournament was part of their Phamous Poker Series and featured a $10,000 guaranteed prize pool and a $4,000 first place prize, which I obviously planned on binking. Before the tournament, I headed to the Strip with Zaun because I needed to go to the M&M store. The weather was baking hot so we stopped at the Harley Davidson café for a beer and to escape the sun.
Some guy at the bar heard my accent and wanted to know where in England I was from. I always say a three-hour train ride north from London because there is no point in saying anything other than London when 99% of Americans ask you about the UK.
Halfway down my beer, the same guy said to me that my accent was “badass” and that he would buy me any shot I like as long as I recorded myself saying something! I declined, saying that I didn’t want a shot because I was playing in a poker tournament, finished my beer and headed back into the oven-like heat.
Got to the M&M store, bought what I needed, paid massively over the odds, left and headed to the casino. Plan was to play some $1/$2 cash games until the start of the tournament, but then we discovered that the tournament had been cancelled due to it being July 4th. Bit shitty to cancel the tournament because they had no chance of the guarantee being reached, why schedule such an event on July 4th in the first place?
Ended up winning $30 at cash with no hands of note and headed to the Rio for some food. Was still quite early so played some Three-Card Poker and then some $5 Blackjack, broke even and headed home to the Extended Stay.
Thanks to sleeping in until 2:00 p.m. two days in a row there was no way I was going to be able to sleep so I fired up V For Vendettathat had magically appeared on my laptop. Really enjoyed it and I’m surprised I’d never seen it before. If you haven’t watched it then I suggest you set aside a couple of hours and sit in front of the gogglebox and do so.
Main Event starts on Day 45 which means working from 12:00 p.m until around 1:00 a.m. then having to do some other bits of work, then trying to cram some sleep in before heading back to rinse and repeat. Thank fuck I only have three days to do!