It’s been 9 months since I played my last live poker event. I lost a coinflip on day 2 of the UKIPT Marbella main event and proceeded to get involved in a bit of football related light banter later that day (Oh sorry, did that celebration offend you?).

To be honest, I never was much of a live poker player. I much prefer clicking buttons on a laptop where I can happily play poker in my underwear without people complaining. I decided after what went on in Marbella that I’d only play live poker from then on if the event is held somewhere that I actually want to travel to and that I know a lot of my poker friends will be attending.

As I’ve mentioned before on my blog, my favourite place in the world to play poker, other than “the internet”, is Ireland, and the largest Irish event of the year is coming up soon. The €3,500 buyin Paddy Power Irish Open.

My plan is to make the long journey from my home in Bangkok all the way to Dublin to participate in the Irish Open this coming Easter weekend (Friday 3rd April – Monday 6th April).

Ireland is my favourite poker destination simply because I’ve thoroughly enjoyed myself every time I’ve played there. There’s just never a quiet table. There’s always some sort of banter going on, even from the pro players, who are obviously still taking the game seriously, but enjoying themselves at the same time.

You just don’t see that any more in most other countries. Most tables are filled with young guys cocooned by their hoodies and headphones not saying a word to each other. That’s not how poker is supposed to be. It’s supposed to be fun and social.

Check out some of my previous trip reports from playing poker in Ireland:

I’ve been playing the satellites on Paddy Power Poker to try to get in on their €50,000 last longer promotion for Paddy players in the main event.

Every night they’re running a Last Chance Saloon with guaranteed seats (72 in total) and they are incredible value. Not only is the rake just 1 cent but there’s been some decent overlays in the sats and feeder sats for them.

I was getting fairly deep. There were 35 players left, so we were close to one of the 10 main event seats.

Unfortunately I was short stacked after losing a big flip with AKs vs QQ and I had to make a standard +ev shove with 22. 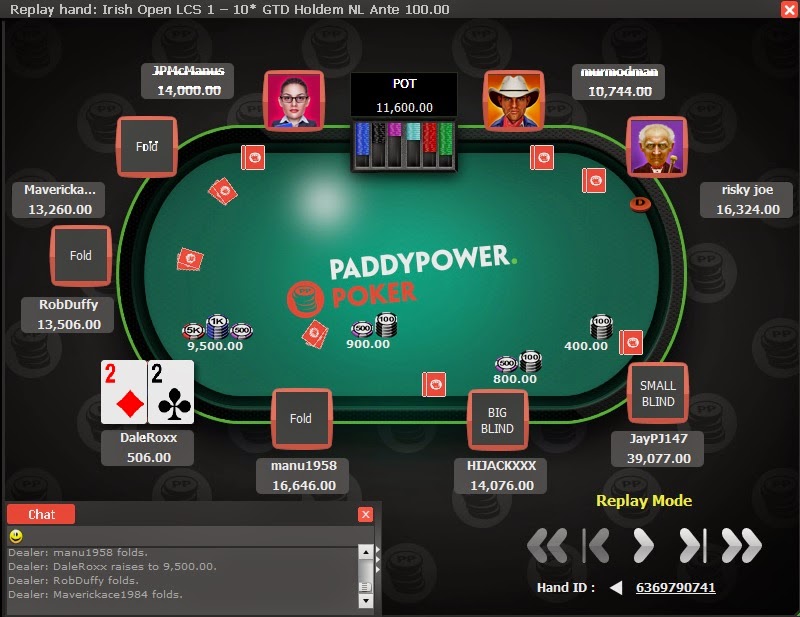 I got snap called by JPMcManus. (Not sure if the real JP or an imposter.) 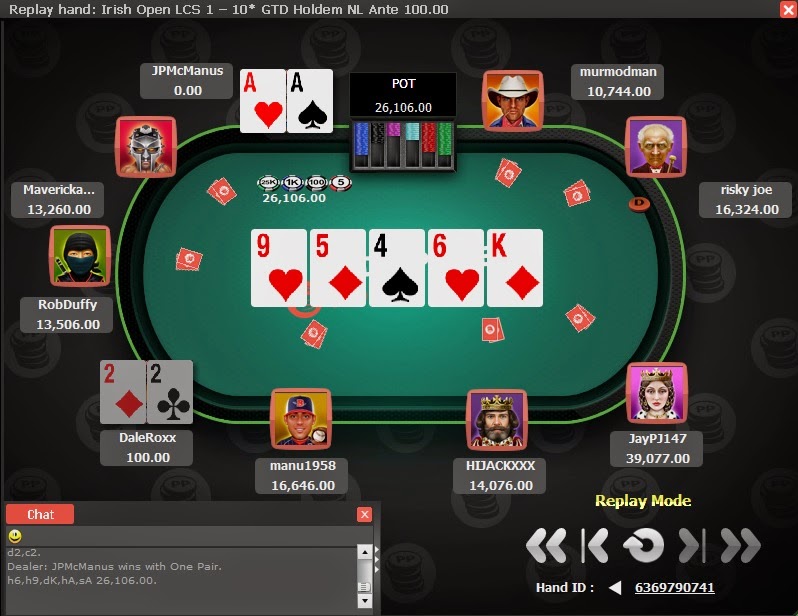 And couldn’t find a duck to crack aces.

A little bit frustrating but never mind. I’ll have plenty more shots at it this week. I’ll be playing the main event whether I satellite in or not, but I obviously want to get in on this €50,000 last longer prize for the last Paddy qualifier standing.

If anyone fancies a punt, Paddy have me listed as 50/1 to win. All I can say is I’m flattered. 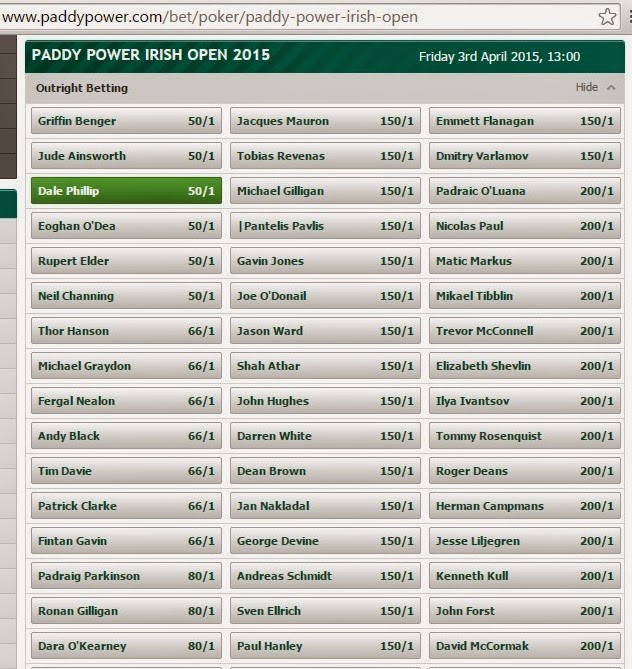 Looking forward to seeing some old friends and making some new ones in Dublin this Easter weekend. See ya there!