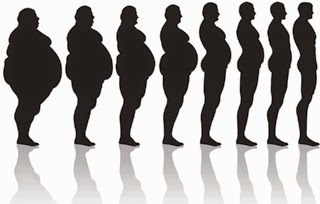 It’s been a month since I last updated this blog, which happens to be the longest period of time I have ever gone without publishing a post. The main reason for the long gap in posts is I simply couldn’t be arsed sitting and writing an update after spending most of my day sitting and writing.
I contemplated closing this blog and stepping away from the blogging world altogether, but having got my break in the community courtesy of the world of blogging it didn’t feel right to stop blogging just because of my laziness – for want of a better world.
Another reason for the lack of updates is that I’ve not had much to write about. This was set up as a blog that focussed on poker, either playing it or reporting on it and I’ve played hardly any poker since returning from the 2014 World Series of Poker. I’ve played recently, cash games mostly, yet that isn’t why I have decided to update my little corner of the interwebs.
Those of you who have followed my ramblings for a while will probably remember a number of posts I wrote claiming I was going to try lose weight and increase my fitness. Most – read that as all – of my previous attempts failed within the first week, because I (1) liked food too much, (2) liked beer too much and (3) liked sitting on my arse and doing nothing too much.  I still like all three of these things, in fact I more than like them. However, on September 1, I decided to make some life changes and two weeks later I am still going strong.
At the start of the month I topped the scales at 16 stone 3 ¾ pounds, the heaviest I have ever been. I felt like shit. I couldn’t walk anywhere without huffing and puffing and breaking out into a sweat. I was drinking too much. I was a mess.
I’m still fat, but I’m less fat that I was two weeks ago because I have managed to lose 8.5 pounds and now weigh in at 15 stone 9 ¼ lbs through dieting and daily exercise.
Gone are the almost daily sausage sandwiches, large carb-filled lunch and huge portions of dinner. Also gone are the nightly four cans of lager or cider or bottle of wine.
Replacing the bad, if you like, are much healthier options and much smaller portion sizes. Don’t get me wrong, I’m not sat here starving myself thin, but now I am looking at the nutritional information on food and making good choices.
I’m using MyFitnessPal to log everything that I eat and drink in an attempt to keep to the set calorie limit and it’s helping me to see foods in a different light and sort my portion sizes out, too. God knows how many calories I was munching and slurping through on a weekly basis before I opted to stop being a lazy fat twat and do something about it.
The biggest change, however, is my exercising. Every day since September 1, I have done at least 20 minutes of cardio. I’m still not fit enough to jog for this length of time, but I have been jumping onto the treadmill and walking at 5.5km/hr, usually for 25 minutes. Doing this gets the blood pumping and the sweat flowing and I’m finding it so much easier than on Day 1 – now I’m not even out of breath afterwards!
My plan is to continue on the diet and increase my exercise. I used to be as fit as a butcher’s dog in my teens and early 20s, then everything went downhill afterwards. I can’t wait to be able to jog again and jog for 30-45 minutes straight, or even longer, without fear of having a coronary and being found at the bottom of the treadmill by the Mrs or kids!
I feel great. I’m more positive mentally. I feel healthier and now that I am seeing genuine results it is making me want to improve even further. I might still be lardy, but I tell you something, I feel like I could take on the entire fucking world right now!
So I guess this post is a brag post of sorts. The type poker players write when they have won a big tournament or have gone on a heater and are continually going deep in everything they play. I’ve wrote those. We all have. But this is a legitimate brag, IMO and I’m damn proud of myself.
#ShrinkingPud