Monte Carlo, one of the most famous gambling districts on Earth, has had its fair share of stories over the years.

Take the Casino de Monte-Carlo, for instance. This was the setting for James Bond blockbusters like  Never Say Never Again, Golden Eye and Casino Royale. It’s so exclusive, cameras are strictly prohibited from making their way past the entrance, while their 36,000 packs of cards are stored at exactly 20°C to keep them crisp.

One of the region’s most famous accolades, however, arrived during the earliest days of video, when the city’s famous casino featured in the Charles Coborn song, “The Man Who Broke the Bank at Monte Carlo”.

This is a story about Charles Wells, a gambler and confidence trickster who reportedly won more money than the reserve held at his roulette table – in gambling terms, he ‘broke the bank’.

What the song does not tell you, however, is that there were actually six gamblers who broke the bank at Monte Carlo. 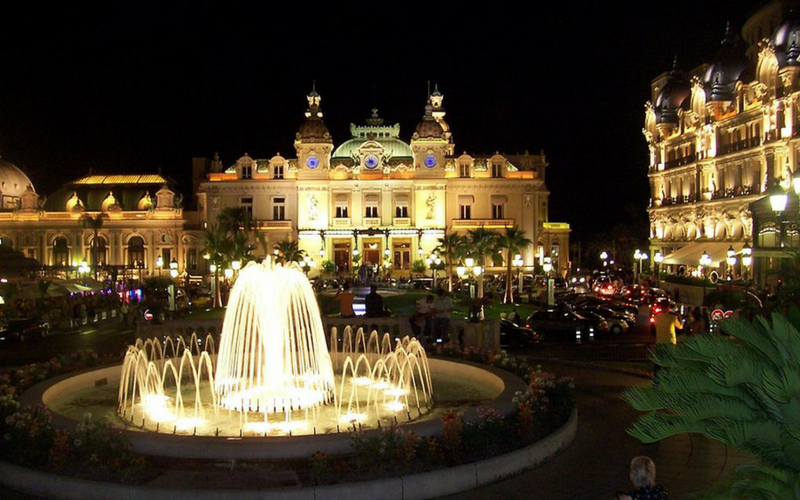 Take a look at the gamblers who triumphed at the roulette table, below.

Jaggers, as he was best known, was a mechanic from Yorkshire who attempted to beat the system. His engineering experience taught him that no roulette wheel was flawless; there had to be a bias towards certain numbers.

In 1875, he placed bets on these golden numbers, earning himself a whopping £120,000 (equivalent to £12 million in today’s money). The casino quickly became aware of his strategy, and started putting dividers between numbers. No longer able to break the bank, Jaggers left Monte Carlo, went back to the mill where he worked and invested in property with the remaining £65,000 left over from his big win.

Although he was the alleged inspiration behind the song “The Man Who Broke the Bank at Monte Carlo”, Charles Wells was a man with an unfavourable reputation – he was an out-and-out fraudster. He would pose as an inventor and request money from investors, who were unknowingly financing his scam.

In 1891, he took the money to the roulette table and sat down for what was to be an 11-hour monster session. His efforts paid off and he won a massive $500,000, equivalent to $13 million in today’s money! He reportedly went on to break the bank 12 times by using what he called his ‘high-risk martingale’ method. His strategy was to double his stake each spin to make up for losses.

However, his dirty money didn’t last long. In fact, he lost it all and was later arrested in the UK for a confidence scheme, serving eight years for fraud charges thereafter.

This duo were not fraudsters, nor were they engineering whizzes – they were simply two guys with luck on their side. In the early 1890s, they joined forces to take down Monte Carlo’s famous roulette tables.

Their strategy was simple: bet on black. Luckily for them, black continued to come up seventeen times in a row, the longest run ever witnessed at the time. Their total earnings aren’t known, but their win remains one of the finest examples of luck.

Charles M. Schwab was already sitting on a fortune before he broke the bank at Monte Carlo; his family’s steel company, Bethlehem Steel, was the second-largest steelmaker in the USA.

Looking to amplify his wealth and earn himself international stardom, Charles visited Monte Carlo. At the roulette table, he backed the number 26 and won an eye-watering 50,000 francs.

He resumed playing on a different table, but in just a few hours he had lost 15,000 francs on five successive spins. Unfortunately for him, he lost every time, and his winnings all but vanished.

Kenneth Mackenzie Clark was a Scottish industrialist with an ambition to become rich and famous. His desire to succeed brought him to Monte Carlo’s roulette tables in the 19th century, where he earned a sum large enough to purchase a golf course at Sospel. He then went on to build a hotel on its grounds, simply because he could!

He retired in 1909, at the age of 41, to become a ‘member of the idle rich’. His son, Baron Kenneth Clark, naturally followed his father’s ambitious pursuit of happiness as he went on to become a famed TV art historian and member of the House of Lords.

The self-styled Captain Arthur de Courcy Bower was a glorified fraudster. He broke the bank a mind-blowing five times during 1911, winning the maximum pay-out eighteen times in a row.

His surprising winning streak naturally made him a concern for the authorities, who went on to investigate his fraudulent behaviour. He was eventually sentenced him to six months hard labour in 1904.

What’s your greatest roulette story? Let us know in the comments, below!